Germany's DAX-30 index of blue-chip stocks has taken the next big hurdle with ease, moving beyond the psychologically important 12,000 points. The new record high comes amid the ECB's bond-buying program. 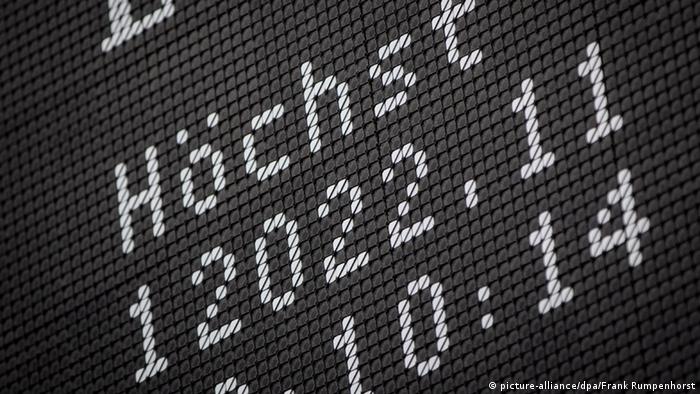 The German stock market kept being in a bullish mood Monday, with the benchmark DAX index exceeding the 12,000-point threshold and hitting a new all-time high in early trading on the Frankfurt Stock Exchange.

Analysts said the main driver behind the new record level had been the launch of a trillion-euro bond-buying program by the European Central Bank (ECB), which had started pumping tens of billions of euros into markets each month so as to head off deflation and revive eurozone economies.

Another factor had been the euro's continuous downslide, with the single currency well on its way to parity with the greenback. The weak euro has resulted in cheaper exports for German companies which also helped their stock values going up again.

Will it all come crushing down?

At the beginning of the year, the DAX stood at 9,800 points, meaning it has now gained a staggering 20 percent with no end of its surge in sight. But some market pundits have warned that such a fast upward movement is not good at all.

"Such a rally is anything but healthy," DZ Bank economist Christian Kahler told the DPA news agency.

All eyes are now on the US central bank, with analysts expecting the Fed to raise its benchmark interest rate later in the year for the first time since the global economic crisis. That would put a damper on stock markets, as the amount of cheap money to put into buying shares would decrease.