Germany's coronavirus travel restrictions: What you need to know

Germany has imposed border controls to curb the spread of the novel coronavirus. But how do the restrictions affect travelers en route to Germany? DW explains who is allowed to enter the country — and who isn't. 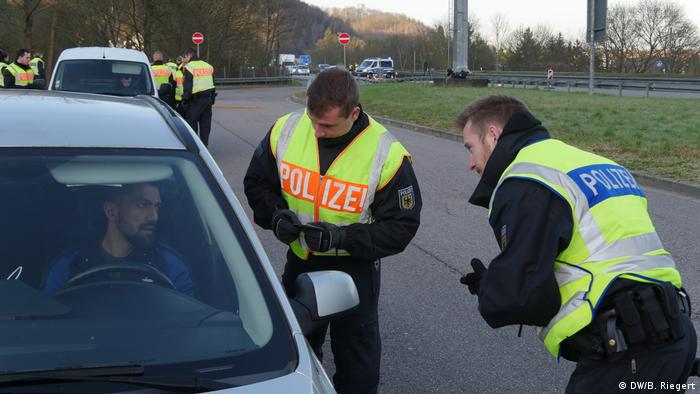 The German government on Monday announced new restrictions for travelers, including a mandatory two-week quarantine for German citizens, residents and EU nationals upon entering the country.

In March, the government imposed border controls at ports of entry and land borders with Austria, Switzerland, France, Luxembourg and Denmark.

DW examines the specifics of the coronavirus-related restrictions.

German citizens are allowed to return to Germany at all times.

Non-German citizens, including EU and foreign nationals alike, are allowed to enter the country under certain conditions. According to the Interior Ministry, those conditions include:

Authorities will allow for cross-border commuting and transport of goods "with as little disruption as possible."

Is Germany open for tourism?

Entry into Germany for purposes of tourism is strictly prohibited. Non-German citizens attempting to enter the country for "any non-essential travels may be refused entry," according to the Interior Ministry.

How long are the restrictions in place?

The short answer is: for as long as necessary. Although Germany has extended restrictions on public life until mid-April, it is unclear how long border controls may remain in place.

In general, Schengen area member states may only impose border controls for three months at a time. The EU has suggested controls could last until May 12. Given the volatile nature of the pandemic, end dates are subject to change.

Who enforces the restrictions?

Enforcement and permission to enter is at the discretion of German border officials, according to the Interior Ministry.