Bayer's takeover of US seed giant Monsanto will be completed on Thursday, the company has said. Although Bayer will acquire all of the weed-killer and seedmaker's products, the Monsanto name will be left behind. 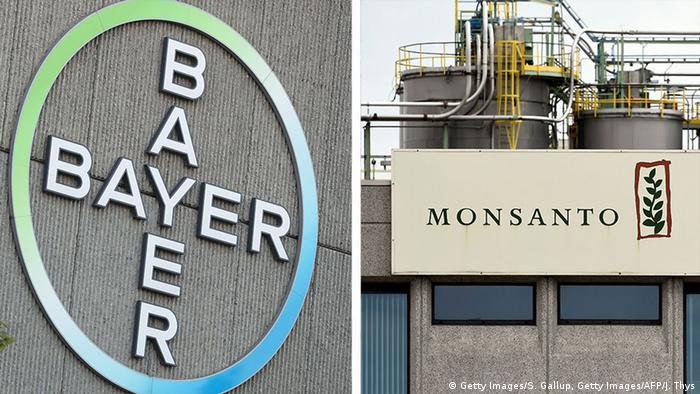 German agrochemical and pharmaceutical giant Bayer will complete its purchase of US seed company Monsanto on Thursday, the company announced on Monday.

The $63 billion (€53.9 billion) deal — the largest-ever foreign takeover by a German company — will go ahead after Bayer received approval from European and US anti-monopoly authorities.

As both companies have global operations, the deal had to be approved by 30 countries around the world. The additional conditions set out by the countries bumped up the costs for Leverkusen-based Bayer.

Under conditions set out by EU and US regulators, Bayer can only begin integrating Monsanto once it has sold off parts of its agrochemical and crop-seeds business to another German chemical giant, BASF. The company expects the sale to take around two months to complete.

Although Bayer will become Monsanto's sole shareholder on Thursday, the US company's name will no longer be used going forward, the German firm said.

"Monsanto will no longer be a company name," the company said, adding: "The acquired products will retain their brand names and become part of the Bayer portfolio."

Monsanto has been heavily criticized, among other things, for its weed-killing products containing glyphosate. Some scientific studies and class-action lawsuits claim that glyphosate is carcinogenic.

Environmentalists are also concerned that the tie-up will place too much power in the hands of the two large producers of genetically modified crops and glyphosate herbicides.

Bayer CEO Werner Baumann emphasized that the company intends to listen to critics and is aware of its responsibility as a leading firm in the agricultural sector.

"We will apply the same rigor to achieving our sustainability targets as we do to our financial targets," said Baumann.

Bayer announced its intention to take over Monsanto in May 2016.