Germany's €9 ticket: Is it here to stay?

A heated debate is raging over the future of public transport in Germany. Three months of heavily reduced tickets are soon coming to an end. The government is split on what comes next. 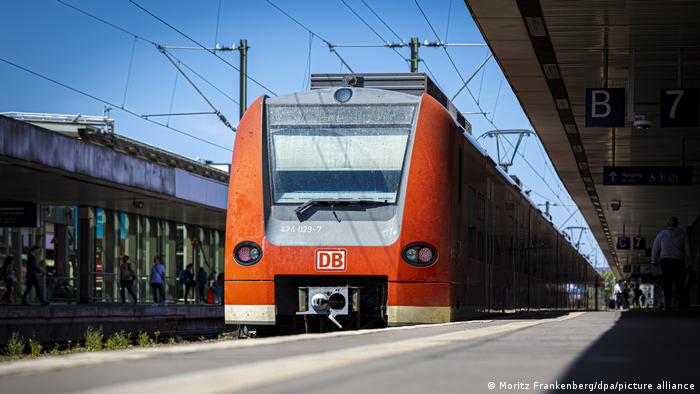 Time flies when you're traveling for cheap. Germany's subsidized public transport ticket has entered its final month. From June through August, people can ride all local and regional transport across Germany for just €9 ($9.24) per month. The federal government is footing the bill, propping up state and municipal transport companies with an additional €2.5 billion ($2.53 billion).

The 9-euro ticket is part of a slew of measures to help ease the burden of rapidly rising fuel, energy, and other living costs. Climate-minded supporters of the offer also hope it will turn car drivers into public transport converts, reducing fossil fuel consumption — particularly from Russia.

"The goal is to attract especially new customers and get them to return. This action should help them get to know the possibilities and advantages of local public transport," a spokesperson for Deutsche Bahn, Germany's national rail company, told DW in a statement. "Holding onto these riders long-term is important for transport and climate policy."

Is Germany's 9 Euro ticket a gimmick or a role model?

Those ambitions, however, are on a collision course with short-sighted politics. Come September 1, tickets are set to return to their usual fares and restrictions. Deutsche Bahn along with municipal associations are pressing for some kind of successor to the 9-euro ticket, as well as more money to improve service.

What that successor might look like is far from clear and the subject of much debate. Short of making the 9-euro deal permanent, ideas ranging from a monthly ticket of €29 or €69, or a €365 annual ticket, are on the table. These would likely permit travel only in specifici local areas, unlike the 9-euro ticket that is valid on local transport anywhere in the country.

With around 21 million 9-euro tickets sold in the first month alone and transport officials noting markedly fuller buses and trains, there is widespread agreement that the subsidized scheme is a success. However, that has not translated into the political will to extend it in some way.

One month before the expiry of the 9-euro ticket, the Greens are pushing for a successor scheme. In order to finance this, Green Party leader Ricarda Lang proposed the dismantling of tax breaks for company cars.

Federal Finance Minister Christian Lindner, however, has again rejected an extension of the 9-euro ticket, saying it cannot be financed.

"We can't pay for it because we need to reinstate the debt brake in 2023," he recently told the Funke media group.

Lawmakers have suspended the so-called debt brake, which constitutionally binds Germany to balanced budgets, due to the pandemic and Russia's war in Ukraine. The finance ministry declined to elaborate on Lindner's comments. 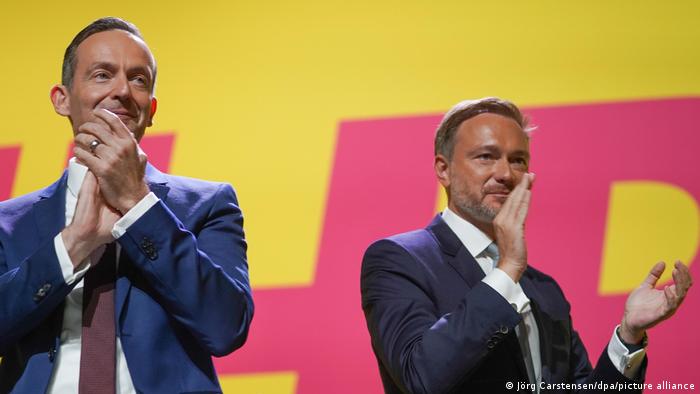 Lindner's Free Democrats (FDP), which favor reduced government spending and regulation, are the smallest party in Germany's three-party governing coalition, but regularly punch above their weight.

The FDP's partners, the Social Democrats, and Greens, are pushing to spend more to ease people's inflation-linked woes, including lowering the cost of public transport, but the debt brake has become a red line for Lindner. At the same time, the coalition agreement he signed includes a commitment to increase funding for state and local transit authorities.

Lindner's party colleague, Transport Minister Völker Wissing, has said he is open to some kind of permanently reduced offer, but he wants to evaluate the consequences of the current scheme before he gives any proposal his ministerial blessing. That could take until November, with any subsequent fare reduction unlikely before the beginning of next year.

Show me the data

That could come too late, as Germany braces for exploding energy prices this winter and the possibility of Russia cutting off gas supplies. The potential gap between the end of the 9-euro ticket and the start of any successor is exactly when people are likely to rely more on mass transport — or their own cars — after the summer holidays are over. Without additional help from the federal government, state and local transport authorities are warning they may have to increase ticket prices to reflect higher costs. 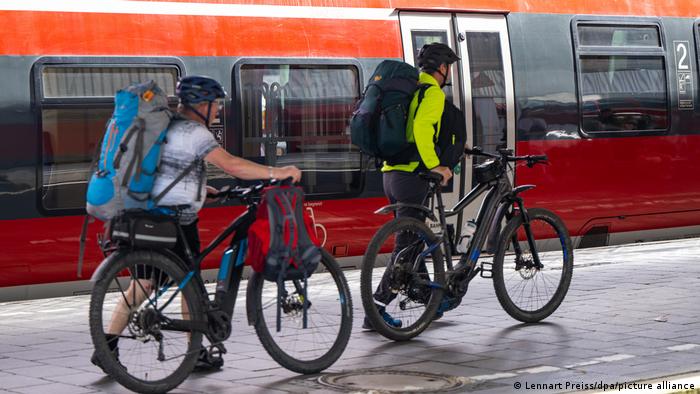 While there is little doubt of the popularity of the 9-euro ticket — polls show strong public support for it — some outside analysts are hesitant to call it a success without data to define what "success" means.

"Patronage has increased. I think that's obvious," Heike Link, a transport analyst at the German Institute for Economic Research (DIW), told DW. "You need to look into the structure of the trips, which is what we're trying to do."

Link said her team is waiting on data from a study of 3,000 participants who agreed to have their travel habits closely monitored. By September, she hopes to have a detailed picture of how the 9-euro ticket affected travel habits.

A survey by VDV, a public transit association, from earlier this month shows a 25% increase in demand for public transit and that 20% of those who bought the nine-euro ticket were previously not using the system. However, these numbers conceal a crucial data point.

"'What was the purpose of your trip?' That is what you need to ask if you want to assess whether it was a success or not," Link said.

Link is skeptical that the 9-euro ticket accomplished its primary goal of encouraging commuters to ditch their cars. Given the summertime window, when tourists arrive and workers go away on vacation, she suspects most of the increased demand is for pleasure.

She called the June launch date "stupid," as people may have packed trains for weekend getaways rather than office commutes.

Without data, it is difficult to know what exactly encouraged ridership — whether it's the specific price, for example, or the ease of a monthly flat rate — and therefore what the best next step is.

"These are aspects one should discuss," Link said. "In Germany, nobody discusses them."

Everything you need to know about Germany's 9-euro ticket

To cushion rising fuel and living costs, German lawmakers have introduced a discounted nation-wide travel pass for June, July and August this year. Here's everything you need to know about the 9-euro travel pass.

Following the popularity of the €9 blanket rail and bus ticket in the summer months, Germany's state and regional governments are trying to come up with a successor that's permanent and more affordable.

Inflation rose after two months of decreases under the €9 public transport ticket and other government programs. The highest price increases have been seen in the energy sector, at a staggering 35.6%.