Three intoxicated men, aged 22 to 26, have been sentenced for beating a gay man to death in a railroad yard in Chemnitz last year. The prosecution said the group's extreme right-wing views played no role in the killing. 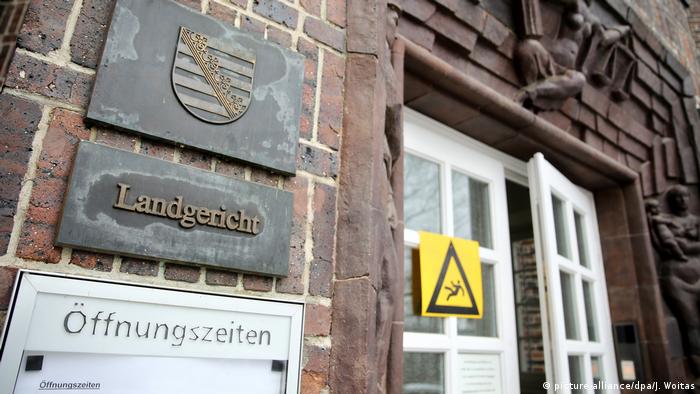 A court in the eastern German city of Chemnitz has convicted three men of manslaughter in the killing of a 27-year-old gay man in a nearby town.

The trio, who were drunk and high on drugs, beat up Christopher W. in the town of Aue in April 2018 before kicking his head after they put it up against a concrete wall.

Chief prosecutor Stephan Butzkies said it was not proven that either the group's extreme right-wing views or the homophobic views of one of the group members motivated the killing.

The crime instead resulted from a "singular dynamic" that had developed in the lead-up to the assault.

Chemnitz: Migrants, far-right fear each other

The final sentences were less than what the prosecution had asked for. Prosecutors had accused Terenc H. of being the group's leader and demanded he be convicted of murder, rather than manslaughter.

LAG Queer Network Saxony, a gay rights group, said the court did not adequately consider the men's homophobic views in its decision.