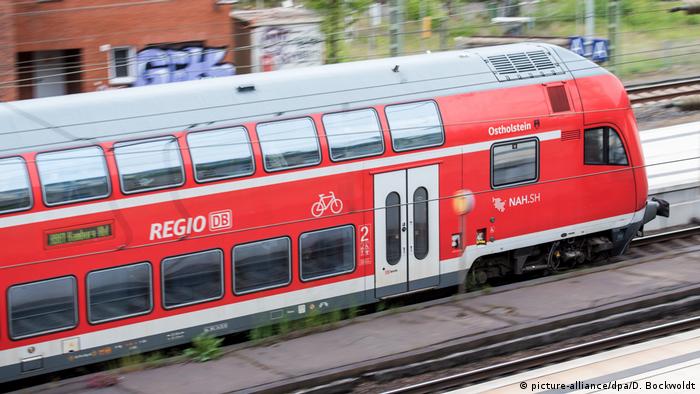 Police in the city of Hamburg are looking for a man who assaulted a train operator after he was asked to wear a face mask and display a ticket , authorities said Thursday.

The incident took place last week on a regional train from Hamburg to the city of Ahrensburg. The man boarded the train late in the evening without any mouth and nose protection and encountered the female train attendant.

He went into the wagon's toilet and emerged with an improvised face covering, when the attendant asked for his ticket. As the train stopped at Hamburg-Tonndorf station, the passenger ran out. But he then came back and reentered the train to punch the attendant in the face.

The woman was left bloodied and in need of first aid, as passengers gathered around to help until police arrived at the scene. The suspect fled and allegedly boarded at taxi.

Going through the pandemic in style

Federal police have now taken over the investigation and have asked the public to come forward with any relevant information that could lead to the man's arrest.

Earlier this month, German rail operator Deutsche Bahn (DB) had said it wanted to improve the enforcement of face mask requirements on its trains. This would include getting help from law enforcement.

DB had come under fire after lawmakers in Berlin criticized the travel operator for failing to adequately ensure that passengers wore masks. The company has stressed that the vast majority of passengers do abide by the rules.

Most people in Germany 'proud' of coronavirus response: study

A new study has shown that — despite ongoing coronavirus protests — most Germans are satisfied with their government's response to the pandemic. However, some 30% believe the authorities are overblowing the crisis.