The undercover agent "Murat Cem" is reported to be under police protection after a well-known Islamist identified him. Clues to the informant's real name were apparently found in a book about his surveillance work. 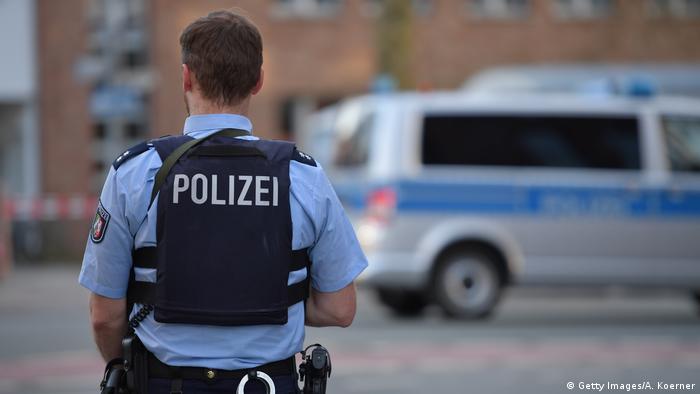 After the identity of a high-profile police informant was blown this summer, a radical Islamist and convicted terrorist has claimed responsibility for unmasking him, German public broadcaster Tagesschau reported on Friday.

Bernhard Falk said he worked out the real name of the undercover agent — code named Murat Cem — who tipped off authorities about the domestic Islamic extremist scene.

Murat, who has been an informant to German authorities for more than 20 years, is widely understood to have provided valuable insight into Islamist terrorist networks.

Now Murat has been put under police protection after Falk uncovered his identity, according to Tagesschau.

"It was only through logic, local knowledge and internet research that I came up with it," Falk told the news site of the main news program of public broadcaster ARD.

The 53-year-old Falk is himself a Salafist who provides support to Islamist terrorists serving jail sentences in Germany.

Falk said clues to Murat's identity were found in the book Undercover, written by editors of the German news magazine Der Spiegel, which tells the story of the anonymous informant.

The book also led him to discover that a court had recently given Murat a suspended sentence for a property offense and Falk instructed his lawyer to request the informant's real name.

Falk told Tagesschau that he will not identify Murat publicly and has no plans to give the name to fellow Islamists.

"I do not want my findings to be used to threaten the man, or to harm him," he said.

Murat called to given evidence in terror trial

Instead, he is pushing for the informant to be called to give evidence at a terrorism trial for Abu Walaa, the alleged head of the "Islamic State" (IS) armed group in Germany.

Walaa and three co-defendants are accused of support and membership in a terrorist organization, radicalizing young people and sending them to IS combat zones in the Middle East.

The trial in Celle has been running since September 2017 and in August, a lawyer from Cologne attempted to call the informant — who has also been codenamed VP 01 — to testify in the trial.

However, police in the western state of North Rhine-Westphalia refused permission for Murat to appear.

Before his arrest in 2016, Walaa made appealed to his supporters via the Telegram messaging service to find Murat and destroy him.

History of terror and fear

In 1999, Falk was sentenced to 13 years in jail after being convicted of several counts of attempted murder and explosives crimes following several bomb attacks.

Falk converted to Sunni Islam before he was jailed and has lived in Dortmund since his release in 2008. In Salafi circles, he identifies as Muntasir bi-llah.

He and an accomplice were also charged with planning an assassination attempt against Freimut Duve, a politician of the center-left SPD.

Germany should be able to start immunizing people against the coronavirus in the first three months of 2021, said the country's health minister, Jens Spahn. The vaccine would only be administered to those who want it.

Bernhard Falk is no stranger to prisons. A convicted leftist terrorist, he spent 12 years behind bars. Now he looks after imprisoned Islamists. Germany's domestic intelligence agency considers him a danger to society.