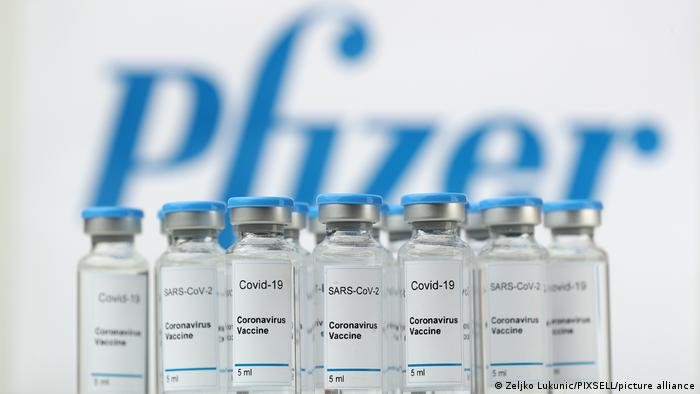 German states plan to set up hundreds of vaccination centers across the country starting in December, the newspaper Welt am Sonntag reported on Sunday.

It said the health ministers of the 16 federal states have drawn up plans to create one to two centers per administrative district — totaling hundreds of centers — as well as employing mobile vaccination teams.

The capital, Berlin, alone is allegedly planning to set up six such centers, Welt am Sonntag said.

Large exhibition halls, mostly out of use since the beginning of the pandemic, are being discussed as potential spaces to house some centers.

German health authorities are hoping for a quick roll-out of the mass vaccination program following the recent positive results of the BioNTech vaccine trials, which showed 90% efficacy.

Logistics will be critical

The EU has already signed a deal with BioNTech and Pfizer to secure 300 million doses, which German officials plan to start rolling out during the first three months of 2021.

However, the government has come under fire for having no plan to deal with the tricky task of transporting the vaccine doses.

Albeck accused German Health Minister Jens Spahn of dodging the issue, saying: "I have the impression that the minister wants to have nothing to do with the important topic of vaccine logistics."

The vaccine, developed by German company BioNTech with the help of the American pharmaceutical firm Pfizer, poses a particular challenge to logistic chains as it must be kept at a temperature of minus 70 degrees Celcius (-94 Fahrenheit).

The Paul Ehrlich Institute, which is responsible for the release of vaccine batches in Germany, considers itself well prepared for the roll-out.

The Institute is in contact with several vaccine developers and is taking on more employees.

President of the Institute, Klaus Cichutek, told Welt am Sonntag that this means that "when the doses are made available, they can be released quickly."

Leading virologists have warned of the importance of good planning for the inoculation program, saying that it could take until 2022 to vaccinate the entire German population.

Logistics company Kühne + Nagel along with consulting firm Accenture calculated that the global vaccination task would be enormous, requiring 15 billion doses for each vaccinated person to receive two shots within a couple of weeks in order to cover 75% of the global population.

According to their analysis, 52% of the vaccines would have to be delivered by air, with the rest being transport by land.

With material from EPD.