Germany to criminalize upskirting and rubbernecking

Upskirting, the act of secretly taking images under a person's clothes without consent, is to become a criminal offense. New legislation approved by Cabinet also punishes photographing the victims of accidents. 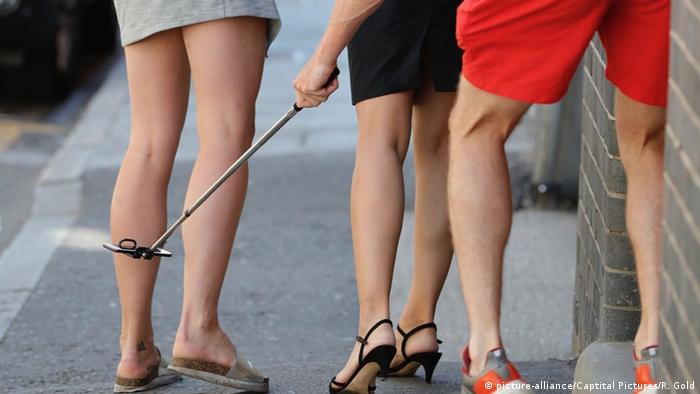 The German Cabinet approved a bill on Wednesday that would make "upskirting,", a practice in which people take illicit photographs under a person's clothes without their consent, illegal.

"Taking photographs of a woman under her skirt is a degrading and unjustifiable abuse of her personal space," said Justice Minister Christine Lambrecht.

The legislation would also criminalize photographing victims of accidents or pictures that "display a dead person in a grossly offensive way," according to to Lambrecht.

"We must spare relatives the additional suffering of pictures of their deceased parents or children being spread around," she added.

Both upskirting and so-called "rubbernecking" will now be punished by up to two years in jail.

Lambrecht pushed through the legislation. The act of upskirting is currently defined as a misdemeanor under German law but is not directly criminalized, unlike in Scotland, India, New Zealand and Finland among other countries where it is already illegal.

"The term upskirting hides a disgusting intrusion into women's privacy ... And that's why I'm determined to tackle the issue and change the legal situation," said Lambrecht in September.

Read more: The war on upskirting in Germany

The drive to criminalize upskirting in Germany is spearheaded by Ida Marie Sassenberg and Hanna Seidel from the southern German city of Ludwigsburg. The two women launched an online petition in April of this year, which has accumulated over 90,000 signatures.

"The most disgusting thing about upskirting is that you might not even realize it has happened," Hanna Seidel, one of the founders of the petition, told DW in August.

The legislation will also directly punish the sharing of such images, for example through social media or pornographic websites.

Parliament still has to pass the bill into law.