Germany: Three out of five happy working from home

More than 60% of people who took part in a survey said they liked working from home. Many employees have not been to the office during the coronavirus pandemic. 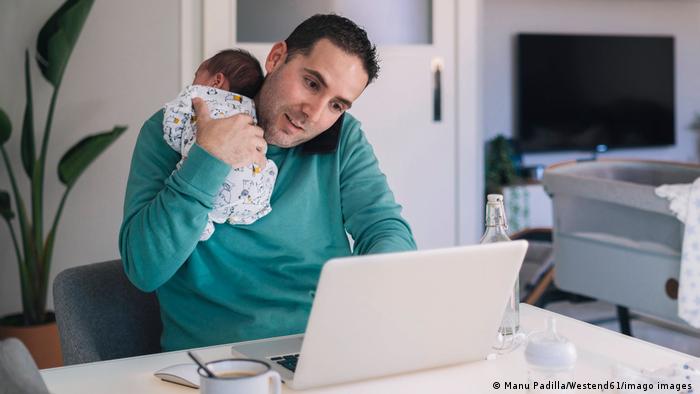 Three out of five people who work from home in Germany said they were largely happy with their set-up, a survey carried out by Forsa on behalf of the insurer KKH revealed on Saturday.

According to the survey, 61% of employees who have already done their office job from home or another location have had mostly positive experiences.

However, around one-fifth of the 1,002 people who took part in the survey described their experiences with remote work as mainly negative.

Around 70% of those who participated said it helped them combine family and work lives, due to not being in the office.

Regarding overall well-being, the survey was less conclusive, with 20% saying that working from home had a positive effect, while just as many reported their health had deteriorated.

The main health issues in the feedback were back pain and muscle tension.

Indeed, according to KKH insurance data from 2021, more people are taking time off due to ill-health than in the past. The health insurance company attributes 24% of all days off to musculoskeletal disorders. In previous years, it was at around 22 to 23%.

Often people work remotely without a suitable desk or office chair, according to KKH economic psychologist Antje Judick. Sitting for long periods in an unhealthy position in front of the computer leads to more neck, shoulder and back complaints, while "mental stress can also trigger tension and pain," Judick said.

Some two-thirds of those working from home who reported being affected by mental illness are women, the survey showed.

"Mostly it is always the women who take care of the children and the household in addition to their job," said Judick. "This was especially stressful during the lockdown periods when daycare centers and schools were closed," she added.

Singles suffer from lack of interaction

According to Forsa, working singles also suffer more in the home office than people who live with a partner, citing the lack of social interactions that come with being in the office.

From March 2020, as the coronavirus spread through Europe, an abundance of employers instructed workers to work from home, where many have remained throughout the two years of the pandemic.