German and European top courts have extended gay adoption laws in Germany, a further step toward equality for homosexual couples. From now on, life partners will have more rights when it comes to adoption. 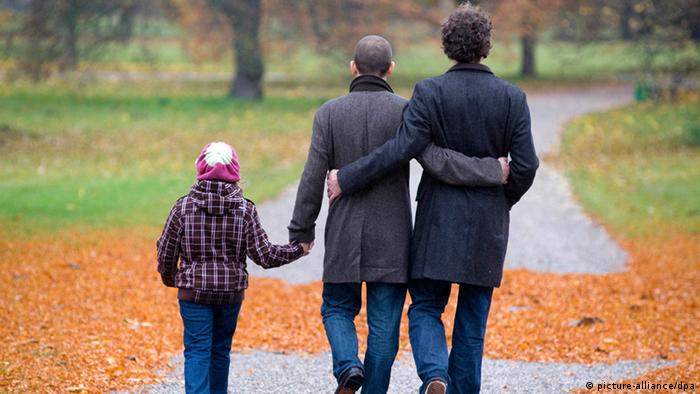 After Tuesday's ruling by Germany's highest court, Ingmar Zöller will finally become a father. For the moment, his husband Thomas Welter is the only legal guardian of the two children that the couple is raising in Berlin. Until now, it hasn't been possible for homosexual couples in civil partnerships in Germany to adopt a child together.

Under the ruling, if one partner has adopted a child, the other partner now has the right to become the adoptive mother or father of that child as well, in what's known as "successive adoptions." Until now, they could only adopt their partner's biological child.

"That was really unfair," Zöller told DW. "The ruling now means that I can finally officially become what I always was: the father of my two children." 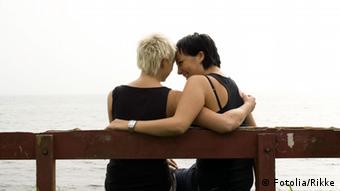 Gay rights have been improving in Germany in recent years

The case of Zöller and Welter was familiar for many same-sex couples in Germany, an inequality that prompted a lesbian couple from Münster to take the case before the Federal Constitutional Court in Karlsruhe. On Tuesday (19.02.2013), the court ruled in their favor, saying that the ban on successive adoptions was against the right to equal treatment.

"This decision is important, because it sends a signal that same-sex couples should not be discriminated against," said Nina Dethloff, a family law professor at the University of Bonn, speaking with public broadcaster Saarländischen Rundfunk. "In particular, the law now recognizes that same-sex couples can be good parents, the same as heterosexual couples."

In comparison with other European countries, Germany has lagged behind in this respect. The Netherlands, Belgium, Spain, the United Kingdom, Sweden, Norway, Denmark, Iceland and likely soon, France, all give homosexual couples the right to adopt children together. Adoption of a stepchild, in which a homosexual person is allowed to adopt the biological child of his or her partner, is permitted in Finland, Switzerland and Slovenia.

Gays and lesbians in Austria, however, still have had it more difficult than those living in Germany. There, the federal courts denied a homosexual woman the right to adopt the biological son of her partner. On Tuesday, the European Court of Human Rights (ECHR) also ruled that this decision was a form of discrimination and said the Austrian state must pay 10,000 euros ($13,300) in compensation.

Marion Schwarz, chairwoman of the Association of Therapists for Children and Teenagers, told German public radio Westdeutscher Rundfunk that a good social and reliable link between a child and his or her parents was essential. "The sex of the parents is only of secondary significance here." 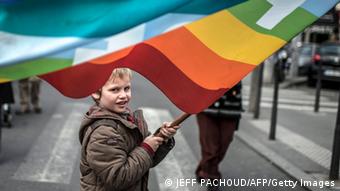 Most psychologists believe gay parents will not affect a child's development

The German Family Association, though, was critical of the Karlsruhe decision, saying the ruling would have a negative effect on a child's upbringing, with the children of same-sex marriages being stigmatized and discriminated against.

Schwarz disagrees. "Why the act of the second adoption should be a stigmatization is something I don't understand, and there's no research basis for such an opinion," she said. Femmer agrees, saying that "whether one or both of the parents are legally responsible for the child does not change anything about the child's development."

In fact, it might very well be crucial to actually have both parents be legally responsible for the child, Femmer explained, in the case, for instance, if one of the parents dies. "Then there won't be the danger that the child is sent to a foster home," she added.

According to official German statistics, there were some 67,000 same-sex couples living in Germany in 2011. A 2009 study reported that there were around 16,000 children living with same-sex parents, either with two fathers or two mothers.

Tuesday's ruling is the latest the Karlsruhe court has made in favor of homosexual rights, after earlier strengthening the terms of inheritance law.

Ingmar Zöller plans to go to the authorities as soon as possible and become the official father of his children, who have actually considered him as such for quite some time. "But I'll only celebrate once I've actually signed the document," he said.

In Focus: Gay rights and marriage in Europe

Gay couples are still struggling for equal rights. Several European countries have either legalized or have plans to legalize same-sex marriage. DW takes a look at the situation across the continent. (13.02.2013)

The issue of "marriage for all" is proving contentious in France, with large demonstrations against the idea backed by the Catholic Church and the right-wing opposition party. Those in favor say they aren't rattled. (15.01.2013)

A mother in Spain, but childless in Germany

Two mothers and a child - in many European countries, this type of family is no longer something exotic. But Germany has less liberal laws on gay marriage, which can lead to legal conflicts for families. (14.07.2012)