Hibernating snakes have caused a suspension of clearing work at the site of a proposed Tesla gigafactory. The plant is planned to go into operation in mid-July 2021. 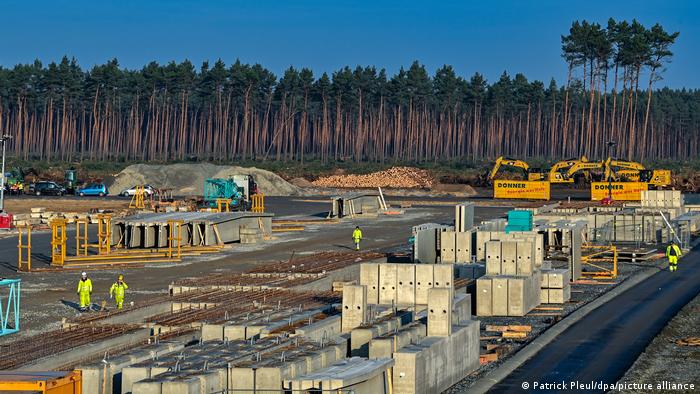 Citing the presence of indigenous European snakes and lizards, Brandenburg's Green League (Grüne Liga) and the Nature and Biodiversity Conservation Union (NABU) obtained an emergency order from the Administrative Court in Frankfurt-an-der-Oder, a city bordering Poland.

Tesla got a permit last week to clear 83 more hectares (205 acres) of pine trees for its "gigafactory" plant at Grünheide, south of Berlin.

The US carmaker wants the extra forest cleared for product storage and a waste water conduit next to its intended factory to assemble up to 500,000 electric vehicles annually.

During site preparation work, an initial 92 hectares of forest was cleared. Tesla plans to open the plant by July next year.

The ruling against Tesla

The court imposed a "temporary halt to clearing" to allow for scrutiny of the case "in view of the rapid progress of the clearing work."

Judges said the case made by the league and NABU was "not apparently unsubstantiated," and noted that clearance, were to proceed and requiring "only a few days, would negate the due course of justice.

Tesla, Brandenburg state and the environmentalists will provide further testimony before a final decision is taken.

Local concerns about the gigafactory

NABU regional director Christiane Schroeder welcomed the halt "because the court has said: This is a request that must be taken seriously and examined."

Residents of Grünheide, a town of 8,000, raised concerns about insufficient water in a region where, 2 years ago, usage was constrained, and about the impacts on wildlife conservation zones.

The electric vehicle maker Tesla looks set to open its first European factory in the coming weeks. The company has just thrown a party to win more public support — a final permit for the plant near Berlin has not yet been granted.