Germany sees fewer attacks on Muslims and mosques in 2018

Attacks and hate crime incidents against Muslims and mosques in Germany declined in 2018, according to a media report. But experts warned there may be a much higher number of crimes that go unreported German authorities registered a significant drop in attacks on Muslims and mosques in 2018 compared to the previous year. That's according to Interior Ministry data quoted by the Neue Osnabrücker Zeitung on Tuesday.

A total of 813 incidents were recorded last year, down from 950 Islamophobic crimes in 2017.

However, the number of those injured in the course of those attacks rose significantly from 32 to 54. The government also noted that because of slow or delayed reports, the final numbers could be even higher.

The statistics were released as part of a response to a parliamentary question from the Left party.

Authorities assume that almost all of the offenses were perpetrated by right-wing extremists. According to the report, Nazi symbols were spray-painted on mosques, threatening letters were sent, there were verbal insults, property was damaged and there was incitement to hatred. The Interior Ministry was unable to provide any information as to the cost of damage.

Ulla Jelpke, an interior expert for the Left party told the newspaper: "The statistics are just the tip of an iceberg, because a lot of run-of-the-mill attacks, insults and discrimination against Muslims are not even recorded." 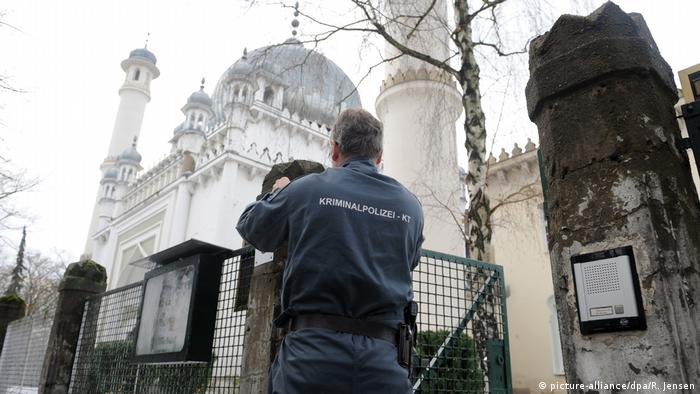 Attacks on Mosques lower in 2018

The chairman of the Central Council of Muslims, Aiman Mazyek, called on the government to appoint a representative to monitor hostility against Muslims.

"Such a representative is more necessary than ever, because there is a latent anti-Muslim mood in Germany," Mazyek told the Neue Osnabrücker Zeitung.

Mazyek suspects that one reason for the decrease in criminal offenses against Muslims is that there are fewer Muslim refugees coming to Germany. He also criticized the inadequate coverage of these crimes and said it was necessary to "train and sensitize the judiciary and the police so that all crimes are recorded".

Attacks on Turkish communities in Germany reportedly on the rise

There have been dozens of attacks so far this year on Turkish mosques and restaurants in Germany — a sharp rise from last year's figures. The Interior Ministry said Turkey's offensive in Afrin has inflamed tensions. (20.03.2018)

The number of attacks on Muslims and mosques has fallen significantly in Germany, new figures show. But lawmakers warn the country is still failing to include its Muslim community in society. (22.08.2018)

Three major German Muslim associations have demanded that politicians and media pay more attention to violence against mosques. They said the recent spate of arson attacks were an attack on society at large. (15.03.2018)

A dispute over a mosque in the Hindu holy city of Varanasi threatens to fuel fresh tensions between Hindus and Muslims in the South Asian nation.