The Berlin state prosecutor's office has confirmed the release of Al Jazeera journalist Ahmed Mansour. He had been remanded in custody by a German judge after being detained at a Berlin airport at Egypt's request. 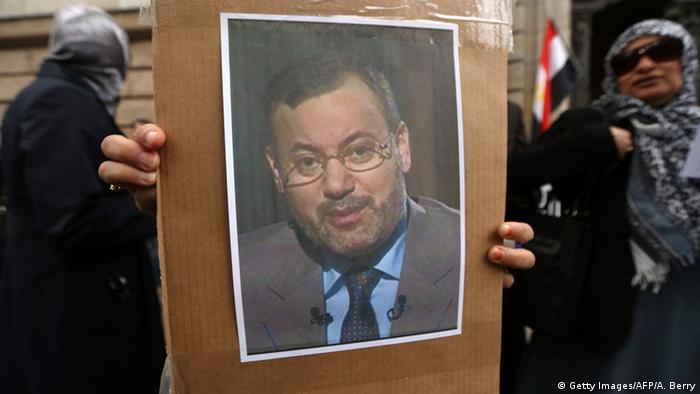 "Thanks to people around the world who supported me in the last days," Ahmed Mansour told a cheering crowd in Berlin when he was released on Monday afternoon. "I am free now despite el-Sissi", the journalist said into a microphone, referring to the Egyptian President Abdel Fattah el-Sissi. His supporters chanted: "Down, down with military rule."

The German government had said earlier on Monday it was unlikely that Ahmed Mansour, who had been held in Berlin since the weekend, would be extradited to Egypt. Mansour's arrest had caused international protest.

German Foreign Ministry spokesman Martin Schaefer said no one would be extradited from Germany "if he is in danger of facing the death penalty". He cited concerns about the rule of law in Egypt under President el-Sissi. "Against this backdrop, you will surely understand that there are doubts in the Mansour case," Schaeffer added.

Mansour is one of the Qatar-based television network's best known journalists. He was remanded in custody by a German judge after being detained at a Berlin airport on Saturday at Egypt's request. He had been in Berlin to carry out an interview.

Berlin prosecutors said in a short statement that they would not seek Mansour's extradition and had ordered his release, citing both "legal aspects and possible political-diplomatic concerns," without detailing them.

Mansour's attorney Patrick Teubner stated that there were no further charges or legal matters pending against his client in Germany.

A Cairo court sentenced Mansour to 15 years in prison in absentia last year on a charge of torturing a lawyer in 2011. Mansour's lawyers and reporters' groups called the charges politically motivated.

Egypt accuses Al Jazeera of speaking for the Muslim Brotherhood.

Journalists' union: 'Mansour must not be extradited'

Al-Jazeera journalist Ahmed Mansour is facing extradition to Egypt after having been detained in Germany. The president of the German Federation of Journalists warns against extraditing Mansour. (22.06.2015)