Germany's statistics office has reported a renewed annual rise in the country's exports and imports. Europe's powerhouse managed to slightly narrow its trade surplus which has been in the firing line for many years. 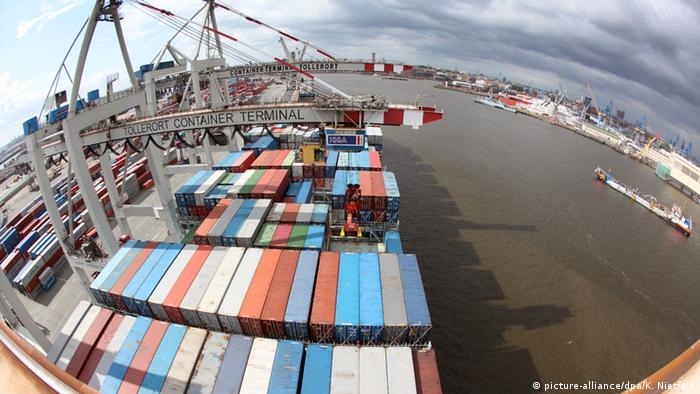 Germany exported goods worth €1.279 trillion ($1.571 trillion) and imported goods to the value of €1.034 trillion in 2017, the National Statistics Office, Destatis, reported Thursday.

The figures marked new all-time records for both exports and imports, with shipments abroad rising by 6.3 percent. In terms of imports coming into Germany, the figure picked up by 8.3 percent last year.

Germany's trade imbalance has been targeted by many fellow EU member states and economists who've insisted that the nation has been doing too little to fuel domestic consumption and with it, imports.

"It's the typical German success story, when it comes to exports, " said ING Diba analyst Carsten Brzeski. "For the critics, the reduction of the trade imbalance is far too little; I expect the country will still have extremely high trade and current account surpluses in 2018."

Based on preliminary calculations, exports to the 28-member European Union came in at €750 billion, with German shipments to countries outside the bloc reaching 529.4 billion euros, also marking increases of over 6 percent.

According to the wholesale and foreign trade organization BGA, German exports are likely to hit yet another high in the current year.

BGA officials had said earlier they were hoping for shipments abroad to rise by 5 percent this year, while imports would be up to 7 percent higher, meaning the trade surplus would be narrowed further.