Police in Germany conduct raids on suspected Islamists in Berlin

Berlin police are investigating 12 suspects who are accused of financing terrorism, among other crimes. Investigators have carried out a total of 20 search warrants. 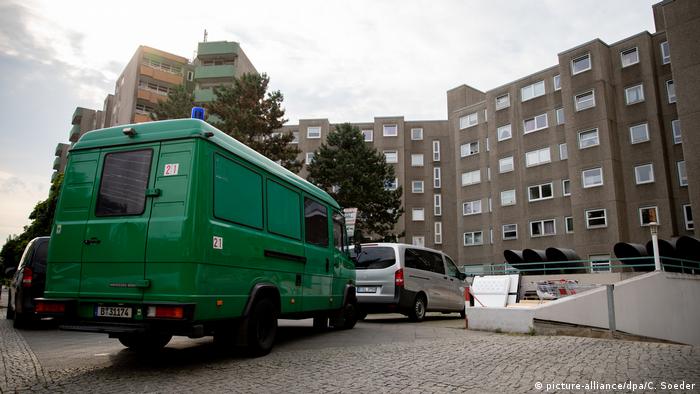 A total of 450 officers and police officials were deployed in the operation, a police spokesperson said, adding that more details about the raids would be made public later on Wednesday.

There was a "series of accusations" against the alleged extremists who are suspected of financing terror, including threatening behavior and fraud, said spokesperson Martin Steltner.

In all, 19 properties were searched in the districts of Reinickendorf, Charlottenburg-Wilmersdorf, Friedrichshain-Kreuzberg and Tempelhof-Schöneberg.

The raids were carried out mostly on apartments and storage rooms, the spokesperson added. A car with Hamburg license plates was also examined. No one was arrested in the operation.

Germany's Police Trade Union welcomed the raids as an example of the result of meticulous investigative work. It is no secret that cash flows from criminal gangs in "our money-laundering paradise" to fund terrorist organizations, the union's regional deputy head Thomas Spaniel said, according to the German news agency dpa.

Last year, the domestic intelligence agency for the state of Berlin counted 2,170 Islamists in the city, 180 more than the previous year.