Car-buyers are to be rewarded with a tax exemption in the future for selecting environmentally friendly vehicles, Germany's finance ministry said Tuesday, Nov. 13. 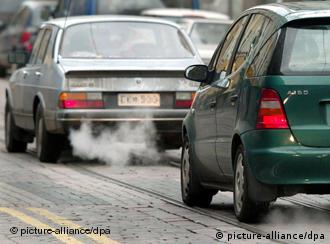 On average, German cars emit 70 percent more than the planned limit for a tax exemption

New vehicles that emit 100 grams of carbon dioxide per kilometer or less will no longer be subject to an annual tax, according to a plan released Tuesday by the German government.

The car tax proposal is intended to replace the existing law, which charges car owners based on the size of their vehicle. If approved by Germany's state governments in early December, the tax exemption would apply to vehicles admitted as of Jan. 1, 2009.

Car tax coffers are intended to break even by 2013, with high-emitters covering the lost tax revenue from new more environmentally friendly vehicles.

Currently, there are very few cars on the market that meet the 100-gram-per-kilometer emission standard. Starting in 2009, a sliding tax scale would apply to new vehicles with higher CO2 emissions.

Old vehicles would continue to be charged according to their size, but at higher rates. 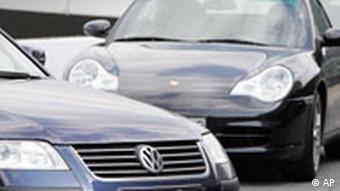 New cars now emit an average of 170 grams of CO2 per kilometer. Germany aims to cut this amount to 120 grams by 2012. The goal is part of a larger environment package approved by the government in August that also targets pollutant building facilities, electronic equipment and energy plants.

Measures are in place Europe-wide to tighten emissions levels on new vehicles in 2009 and again in 2014. The German finance ministry's bid would allow for an early tax exemption for those cars that already meet the planned 2009 and 2014 standards, both of which foresee a CO2 limit of 100 grams per kilometer.

An EU law dictating an emissions-based vehicle tax has been on the table, but has come up against resistance from eight member countries. Germany has said it would support the motion from Brussels.

The organization has suggested a tax advantage for vehicles with especially high gas mileage as well as low emissions.