Germany Plans Star-Studded Opening Gala For World Cup | News and current affairs from Germany and around the world | DW | 01.12.2005

World Cup host nation Germany has revealed its plans for the cultural extravanganza that will kick-off the soccer spectacular next summer. 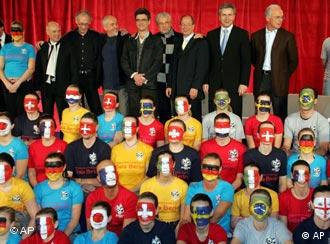 The star-studded gala will take place at Berlin's Olympic Stadium on June 7, two days before the 2006 World Cup kicks off. But the organizers, aware of the schmaltzy affairs put on to mark the openings of such events as the Olympics and the Superbowl, want the World Cup event to be a classy affair.

Promising a gala a world away from the parades of superstars and echoes of local themes used at other major sporting events, Andre Heller, the gala's Austrian artistic director, assured the gathered press at the launch that the line-up would be eclectic and contemporary.

"We have an enormous space to fill but we won't do it with banal figures," he said.

A first for FIFA 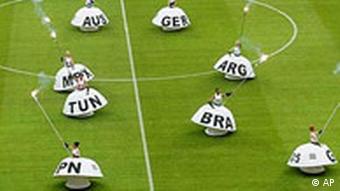 Previous World Cups have held opening ceremonies which typically lasted about an hour immediately before the first match. The 2006 World Cup will start what world governing body FIFA hopes will be a new tradition -- a separate festivity to mark the start of the tournament.

Heller is hoping that French avant-garde choreographer Decoufle brings the creativity and inspiration that made his surreal Cirque du Soleil-style opening and closing ceremonies at the 1992 Winter Olympics in Albertville such a success.

The show, directed by the Frenchman, featured a polka with braying donkey sounds mixed with fiddles and figures emerging from the sky, including suspended ski jumpers and an angel to put out the flame. 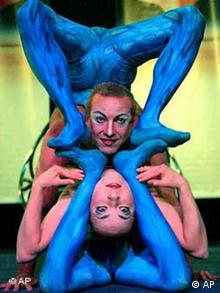 "I saw ceremonies for 30 years. One was different -- Albertville 92. It was a shock that an artist and not a Disney type was putting on the show," Heller said.

Brian Eno, a former member of Roxy Music who has produced albums by U2 and David Bowie, will compose a 2006 World Cup anthem using instruments from across the world. Former Genesis front man Peter Garbriel will act as musical director.

A procession of World Cup winners 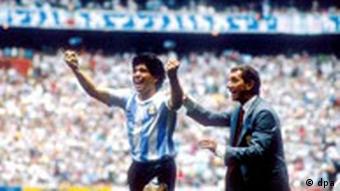 Argentina's World Cup winner Diego Maradona will be at the event

As well as music and dance, the gala will also feature a total of 132 former World Cup winners, including Argentina's 1986 hero Diego Maradona (photo) and Brazil's three-time victor Pele.

"It is like having (Diego) Maradona, Pele, (Johan) Cruyff and (Alfredo) di Stefano all playing for the same team," said Franz Beckenbauer, head of the 2006 World Cup organizing committee at the launch.

Glittering stars from the arts and sports will not be the only ones taking center stage. Approximately 13,000 potential volunteer performers and helpers applied in the first phase of auditions which closed on Nov. 15 with final casting decisions for the approximately 5,000 performing roles to be completed by mid-January.

Around 1,500 other volunteers will be needed to build the extravagant set designs and stage -- and take it all down within 12 hours to spare the grass in Berlin ahead of the city’s first World Cup match on June 12.

The gala promises to be a spectacular event even though its 25 million euros ($29.4 million) budget is dwarfed by the more than 100 million euros needed to put on the ceremonies at the 2004 Athens Olympics.

Tickets for the event will not come cheap with prices ranging from 100 to 750 euros.

The houses of the soccer gods will be ready when fans fall to their knees at missed penalty kicks and cheer in exultation for newly-won fame, according to World Cup Organizing Committee vice-chairman Wolfgang Niersbach. (Oct. 19, 2005)

No World Cup Party for Berlin?

As Germany gears up for the World Cup next year, the cities hosting matches have all made plans for official outdoor parties -- except for Berlin. The capital and tourist magnet is being embarrassingly indecisive. Again. (July 11, 2005)

Germany's national soccer coach Jürgen Klinsmann has big plans to lead his team to victory in the 2006 World Cup. If he does, the hosts will be celebrating on the pitch at Berlin's newly renovated Olympic stadium. (July 30, 2004)