Typing Internet addresses is about to get a little easier for those who have mastered German grammar rules. The country's Internet authority has allowed the use of the eszett or "ß" in online addresses. 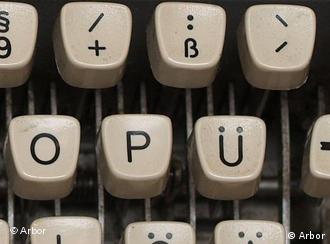 Domains with the esszett will soon be available to all

The administrator for all .de domain names, DENIC, announced Tuesday that it would begin supporting the German letter "ß," also known as an "eszett" and pronounced as an "ss," in domain names.

Owners of .de domains with an 'ss' can register for a similar one with an 'ß.' After November 16, all ß domains will be open for registration.

Over the last several years, officials and network engineers have been finalizing a system to support internationalized domain names (IDN), which would allow for domains to be registered in non-Latin alphabets, including Arabic, Chinese and Georgian.

In May, the International Corporation for Assigned Names and Numbers (ICANN), the California non-profit organization in charge of the World Wide Web's domain name system, allowed registration of domains using Arabic and Russian characters. 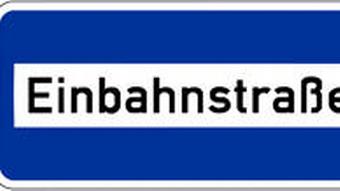 Anyone will be able to register a domain with an ß starting on November 16, 2010

In a statement posted to its website, DENIC said registering domains with the "ß" will initially not be possible, as domain holders who already have "ss"-containing .de domains "will have the opportunity to additionally register the corresponding ß-domain in their name."

DENIC has supported registering domains with the umlaut (ü, ä, ö) since 2004, but not the eszett, according to spokeswoman Stephanie Welters.

"[The eszett is] interesting for many people who have this character in their names, or companies, or towns," she said. "Their true brand is with the eszett, and it is still something that is widespread in German-speaking countries."

Currently, most Internet browsers convert an "ß" in a domain automatically into an "ss." However, DENIC also wrote in a statement that domains with an "ss" and "ß" will be treated as two separate domains making "straße.de" and "strasse.de" two separate Internet addresses.

"With the recently completed revision of the IDN standard, the competent standardization body decided that this should not be backwards compatible to the previous standard," DENIC wrote in its statement. "Thus, 'ß' will no longer be mapped to 'ss'. Instead, the eszett (ß) was introduced as a separate character."

"At the moment, the holder of fussball.de will be entitled to registered the fußball.de domain," Welters added. "If they don't, it will be first come, first serve. There might be a certain rush onto these domains."

Surfing the Internet is about to become much easier for people who don't use the Latin alphabet. A multilingual address system capable of reading Asian and Arabic scripts will be introduced soon. (26.10.2009)

It’s been 10 years since two university students launched a funny-sounding domain name. Since then, Google has become the world’s largest search engine and a business worth nearly 160 billion US dollars. (15.09.2007)

Google, the world's biggest web-search engine, had its German Web site cut off from the internet early Tuesday, apparently after somebody reassigned the rights to its google.de address. (23.01.2007)

Characters permitted in .de domains soon to include "ß"