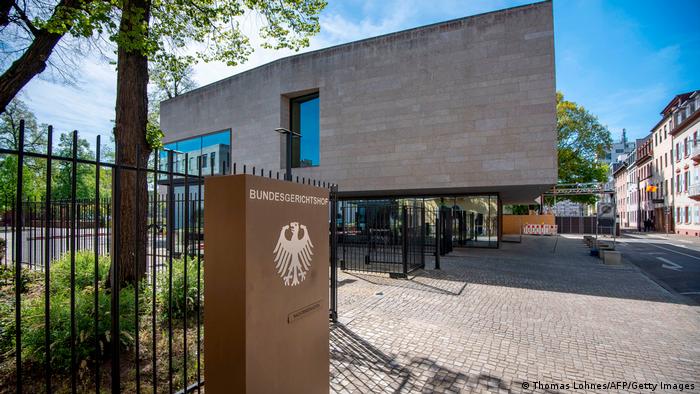 Germany's Federal Court of Justice began on Thursday to hear the case of a man who aided a neo-Nazi terrorist group, the NSU, who killed ten people over seven years.

A Munich court in 2018 gave the defendant Andre E. a relatively light sentence of 2.5 years in prison for supporting a terrorist organization but acquitted him on the charge of aiding in attempted murder.

Germany's top court will now review the case at the request of the state prosecutor who had sought a sentence of 12 years. Andre E. himself is also appealing the prior sentence. The court is expected to make its decision on December 15.

What is the NSU?

The Nation Socialist Underground (NSU) was a group of neo-Nazis who were able to go on a murder spree for seven years before two of them, Uwe Mundlos and Uwe Böhnhardt, committed suicide.

The third member of the trio, Beate Zschäpe, was recently denied an appeal for a life sentence.

Nine of the ten victims of the neo-Nazi terror were individuals with Turkish or Greek backgrounds. One was a female police officer with no migrant background.

The group also carried out two bomb attacks in the city of Cologne, which left dozens injured.

The case has been a source of controversy in Germany due to the failure of the police to stop the murders, deciding instead to focus on the families of the victims as possible perpetrators.

It also shed a light on Germany's intelligence services. The fact that an agent had been present during one of the murders has raised questions of collusion.

How was Andre E. involved with the NSU?

Andre E. is just one of four people who were charged with supporting the right-wing terror group.

He was found to have provided the group with train travel tickets under his and his wife's name. He has also been accused of renting the vehicle that was used in several bank robberies and the Cologne bombings.

In another instance, the defendant accompanied Zschäpe to a witness hearing. He had provided her with his wife's ID. Yet the Munich judge decided there was not enough evidence to prove he knew about the group's murderous plans.

Many believe that the network of supporters was much bigger and criticisms have been leveled against the prosecution for failing to open up the case, preferring instead to focus on the narrative of the "NSU trio."

The Munich court also sparked anger among the families of the victims by releasing Andre E. from custody. He will remain free until his sentence becomes legally binding.