Armin Laschet, the conservative candidate for German chancellor, has seen his poll numbers slide. The center-right bloc now hovers just a few points above its rivals. 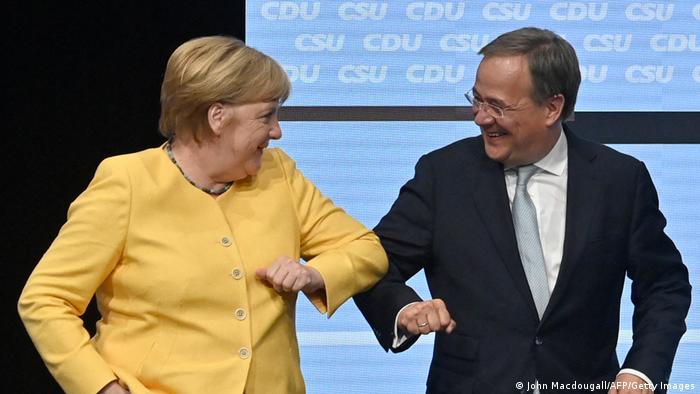 With just over a month to go until Germany's federal election, Chancellor Angela Merkel took to the campaign trail to support her party's flagging candidate, Armin Laschet.

At a rally in Berlin, Merkel said: "It has always been important to him to place the individual and their inviolable dignity at the center of everything... I am deeply convinced that it is precisely with this attitude that (he) will serve the people of Germany as chancellor."

Laschet is the leader of the Christian Democratic Union (CDU) and is leading the conservative challenge to potentially succeed Merkel when she bows out. 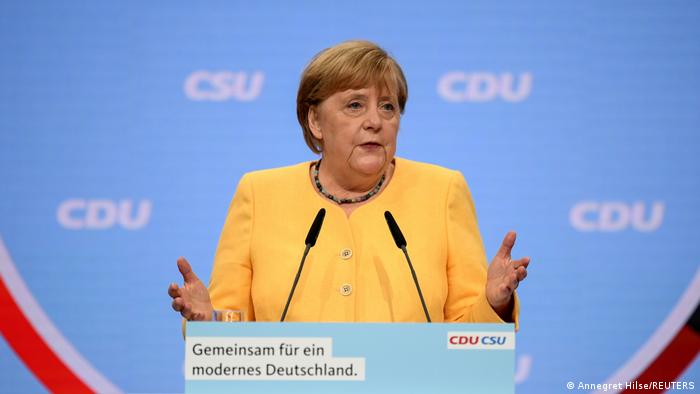 Merkel has enjoyed steady popularity ratings during her time in office, the same cannot be said for Laschet who has battled at times to find favor with the German electorate. DW's Chief Political Editor Michaela Küfner said Laschet is having a tough time with poll ratings.

“The polls really aren’t looking good for him particularly the personal ratings see him far behind the current vice-chancellor from the Social Democrats Olaf Scholz, and that’s a huge problem, not just with the electorate who of course is the most important, but also within his own party," said Küfner.

According to rating polls, the CDU has a slim lead over coalition partners the Social Democratic Party (SPD).

The SPD in turn has managed to overtake the Greens, whose popularity surged earlier this when Germany's COVID vaccination rollout was delayed.

If accurate, the polls point to a three-way coalition after the September 26 election.

The evacuation crisis in Afghanistan joins the list of key challenges facing the chancellor candidates.

Merkel's endorsement comes at just the right time. Laschet has had to battle his way to becoming the conservative's chancellor candidate, fighting off Markus Söder from the CDU's sister party, the Christian Social Union."

It was a hard-fought battle and illustrates the tight margins in the race for the top spot.

Söder has issued a call for unity saying that it was time for a "serious campaign," and that "this is no time for whining," in an apparent reference to the center-right bloc's lackluster polls.

Political observers took note of these remarks. It is remarkable "When the CSU leader Markus Söder, who is so careful about his words, assures us again and again at the start of the election campaign that the CDU/CSU is in no way exhausted," wrote the Redaktionsnetzwerk RND. The author pointed to the basic rule in political communication: "Even in an unpleasant situation, it is better to emphasize the positive than to reject the negative, otherwise negative vocabulary can get stuck in people's heads."

So there's not much time left to reverse a trend. And postal voting has already begun.