Germany Marks 30th Anniversary of Autumn of Terror | Germany | News and in-depth reporting from Berlin and beyond | DW | 05.09.2007

In its 28 years of terrorist activity, the Red Army Faction murdered 34 people. Among the most dramatic was that of Hanns Martin Schleyer, President of the Federation of German Industries. 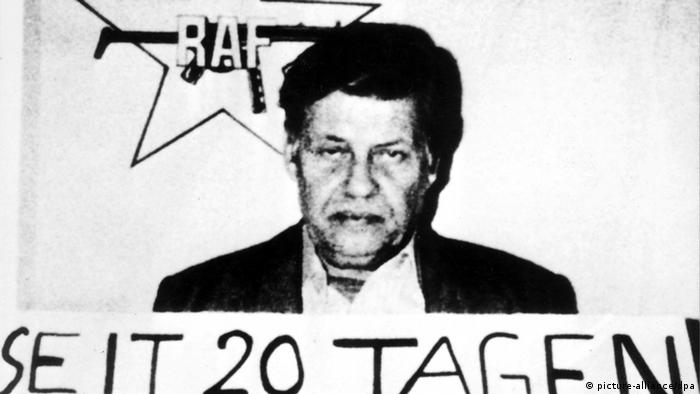 On Sept. 5, 1977, a Red Army Faction (RAF) commando opened fire on a convoy in which Hanns Martin Schleyer, head of the Federation of German Industries (BDI), was traveling. His four escorts were shot dead and Schleyer was dragged out of the car and kidnapped. It was the beginning of what has gone down in history as the "Deutscher Herbst," Germany's autumn of terror.

The militant, left-wing RAF staged the murders and abduction in a bid to blackmail the state into releasing 11 members of its group who were in prison in Stuttgart for numerous bomb attacks. Among the inmates were the heart and mind of the Red Army Faction, Andreas Baader, Gudrun Ensslin and Jan-Carl Raspe. From their cells, they continued to control the armed battle. 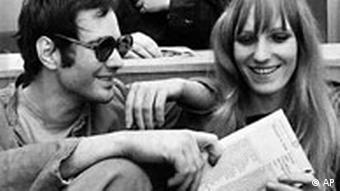 Meanwhile a second generation Red Army Faction had evolved, no longer set on causes such as the fight against capitalism, but on securing the release of the ringleaders.

But the German government under Chancellor Helmut Schmidt was not prepared to play ball. Four hours after Schleyer's abduction, he gave a television address in which he spoke directly to the kidnappers.

"They might, right now, be experiencing a feeling of triumph," he said. "But they should not be mistaken. Terrorism stands no chance in the long term."

For the 44 days in which Schleyer was held captive, Germany was in a state of emergency. Ministries in the capital, Bonn, were barricaded with barbed wire, armored vehicles drove through the streets and crisis meetings between the government and the Federal Criminal Police Office (BKA) met several times daily.

Suspecting that the Schleyer attack had been masterminded from inside the Stuttgart prison, the government quickly passed a law prohibiting RAF inmates from speaking to one another or to their lawyers.

The BKA launched an extensive search operation, combing through thousands of apartments and distributing millions of flyers with mug shots of RAF members. But the kidnappers insisted on their conditions and the investigators failed to find Schleyer, who with his Nazi background and powerful position in the economy, represented everything the terrorists deemed the enemy.

Schleyer was still alive on Oct. 13, 1977 when four Palestinian terrorists, who supported the activities of the RAF, hijacked a Lufthansa plane with 87 people on board. The hostage-takers threatened to kill the passengers if the German government didn't release the prisoners in Stuttgart. 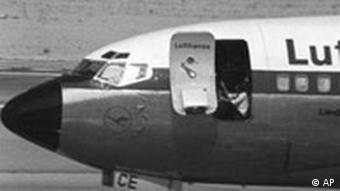 After a dramatic odyssey, the plane landed in the Somalian capital Mogadishu where it stayed for five days until a German special unit moved in and secured the release of 86 people. The pilot had been killed earlier.

When the RAF prisoners heard the news in their cells, they committed suicide the same night. One day later, the body of Schleyer was found in the trunk of a car. Even today, it is not known who fired the fatal shot.

In its 28 years of existence, the left-wing militant Red Army Faction group murdered 34 people. Below is a chronology of the group's terrorist activities. (05.09.2007)