The German government is forecasting significantly weaker economic growth this year. The economy minister says the new figures are a "wake up call." 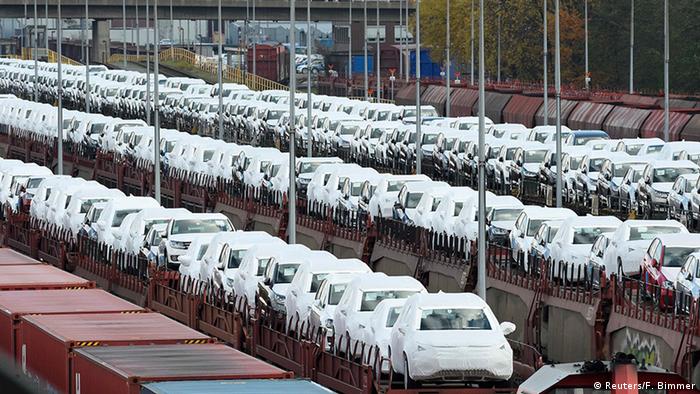 The German government on Wednesday announced it expected significantly lower economic growth for 2019 than previously announced.

This year, it expects the gross domestic product to grow just 0.5%, down from the 1% previously forecast. The forecast is more pessimistic that industry predictions, with leading economists lowering their growth forecast to 0.8%.

Economy Minister Peter Altmaier, a member of the conservative Christian Democrat party, said the new statistics were a "wake-up call" for the country, saying politicians needed to think about how to they could stimulate growth. Altmaier called for reforms on taxes, levies and bureaucracy. He also proposed a moratorium on measures that would burden the economy.

He said the main reason for the weaker forecast is a cooling of the global economy as well as increased trade conflicts and Brexit affecting Germany's exports.

Altmaier said German companies were more reluctant to invest in machinery and equipment than last year.

Altmaier has called for a lowering of the corporate tax rate, but he faces internal party opposition to the idea. Altmaier said there was room in the federal budget for such measures, and referenced tax reform in the US and other countries as examples.

Finance Minister Olaf Scholz, of the center-left Social Democrats, has so far spoken out against lowering the corporate tax rate.

Altmaier said he wants to approach his cabinet colleagues on the matter after the Easter break.