A record budget surplus totaling €58 billion was made by Germany's federal, regional and communal governments last year. But the economy has been slowing down, and there's widespread concern that's not about to change. 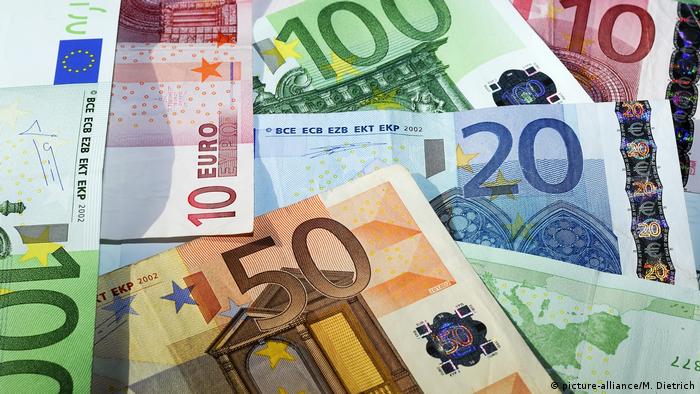 Germany closed 2018 with its highest budget surplus of €58 billion ($65.8 billion) since reunification in 1989, the federal statistics bureau Destatis announced Friday.

Revenues collected by government — at federal, regional state and communal level — amounted to €1,543.6 billion. Offset against expenditures of €1,485.6 that left coffers €58 billion in surplus, an overhang of 1.7 percent in terms of gross domestic product (GDP).

It was also the fifth year in succession that Germany had notched up a record surplus, said the Wiesbaden-based Destatis, with total revenue in 2018 amounting to a 4.7 percent gain on 2017. Total expenditure grew but somewhat slower at 3.2 percent.

At €17.9 billion, the federal government recorded the biggest chunk of the overall surplus, followed by municipalities with €14.9 billion and Germany's 16 regional states – or Länder – with €11.1 billion.

Destatis attributed the higher revenue to Germany's buoyant jobs market and resultant enlarged taxpayer base as well as capital gains taxation combined with a "strong" surge of 4.3 percent in social welfare fund contributions made jointly by employees and employers.

On the expenditure side of the ledger, Germany had benefited from Europe's "very low" interest rates and a shrinkage of 8.5 percent in its statutory debt burden.

Revenues from interest and investment returns, predominantly via the Bundesbank, had led to a "strong" 16.1 percent increase, compared to the previous year, said Destatis.

Despite the overall picture, numerous German municipalities remain in high debt and have repeatedly warned that social welfare tasks set by central government leave them overburdened.

Germany's economy slowed in the latter half of 2018, with a stagnant zero percent rate recorded in the fourth quarter, narrowly avoiding recession. For the full year, however, GDP growth stood at 1.4 percent.