Angela Merkel's cabinet has rubberstamped a new welfare plan that will make it harder for EU migrants to claim unemployment benefits in Germany. Opposition parties call it a betrayal of the European Union's ideals. 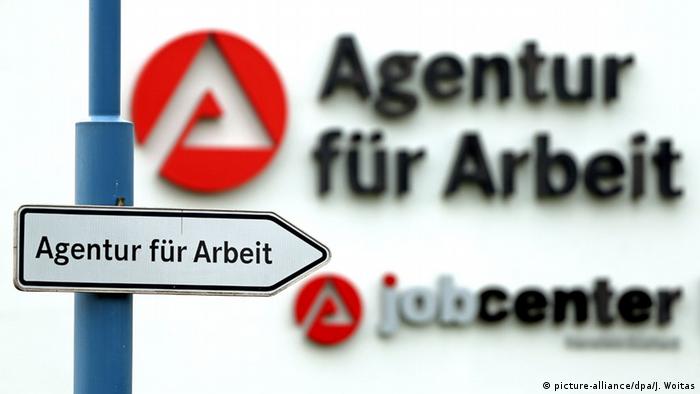 "It's the right path, that Mrs. Nahles is now closing the loophole for uncontrolled immigration into our social systems that was opened by the Federal Social Court," the Bavarian Social Affairs Minister Emilia Müller said in the morning - though she couldn't resist voicing a minor niggle: "Bavaria," she added, would have preferred it if the waiting period had been five years of "legal status" in Germany, not just residing in Germany for five years. 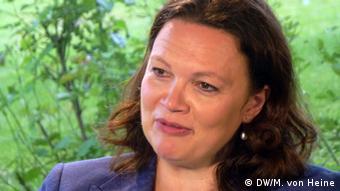 Indeed, Nahles' bill is stricter than might have been expected from a Social Democrat. The new measure stems from a legal uncertainty created when the Federal Social Court last year contradicted the European Court of Justice by ruling that non-German EU citizens had a right to basic unemployment benefits in Germany after six months in the country, regardless of their legal status.

Nahles' new law will make sure that EU immigrants cannot claim "Hartz IV" until they've been living in Germany for five years - before that deadline, the home country is responsible for paying their benefits. It also states that anyone who has only travelled to Germany for the sole purpose of looking for work will have no access to benefits.

Other measures in the new bill include a bridging benefit that will allow EU immigrants with no income a month's worth of rent and food money while they organize their return home, as well as a loan for their travelling expenses.

"With this clarification, we are strengthening the European idea and one of its biggest achievements: the free movement of workers," Nahles said in a statement. But, as she then added, another main reason for the new bill was to lighten the Hartz IV bills for local councils.

But critics and opposition politicians were keen to point out the potential constitutional minefield that Nahles was treading. "The Basic Law makes clear: people who are living in Germany and whose loss of the right of residence has not been bindingly established have the right to a secure, humane existence, regardless of their nationality," Annelie Buntenbach of the German Trade Union Confederation (DGB) said in a statement. "As so often, the people who have to suffer are those who already live in difficult circumstances - now [the government] wants to sit and watch until their poverty has set in before they can claim access to their basic rights." 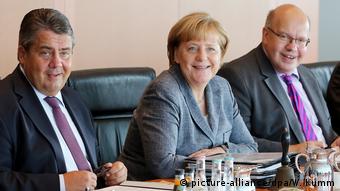 The German cabinet approved the new plan on Wednesday

According to Germany's Federal Labor Agency, 440,000 non-German EU nationals received social welfare in January this year - topping the list were Polish nationals with around 92,000 recipients, followed by Italians (71,000), Bulgarians (70,000), Romanians (57,000) and Greeks (46,000). They represent around a tenth of the 4.1 million EU immigrants living in Germany, and similarly a tenth of the total 4.3 million Hartz IV recipients in Germany.

Germany's local councils apparently believe that the country's social welfare system is too much of a temptation. "The current regulations and the ruling by the Federal Social Court could make Germany even more attractive to potential immigrants than it already is," said Gerd Landsberg, head of the association of German councils and cities (DStGB).

But for the Left party's labor market spokeswoman Sabine Zimmermann, the above figures belie Nahles' claim that the authorities are overburdened by the cost. "Most of the people who come to us from the European Union want to work here," she told DW. "And it's far too few [people claiming Hartz IV] to say that's why the councils are overburdened. That's just a pretext."

The real reason for this new measure, according to the Left party, is that the government, spooked by recent electoral results of the Alternative for Germany (AfD), is pandering to rising anti-immigrant sentiment.

The crux of the matter, to Zimmermann, is the contradiction of allowing free movement of workers in Europe to benefit the common labor market, without offering a common social safety net.

"I think that's wrong," said Zimmermann. "We can't just make an economic union; we have to make a social union too. Businesses are allowed to go all over Europe without worrying about borders, and we have freedom of movement for employees - if you want that, then you have to allow a certain social safety net across borders as well."