Media reports have accused Germany of disregarding a ruling from the EU's top court on the rights of unaccompanied minors to be joined by their families. The key point is the minor's age during the asylum process. 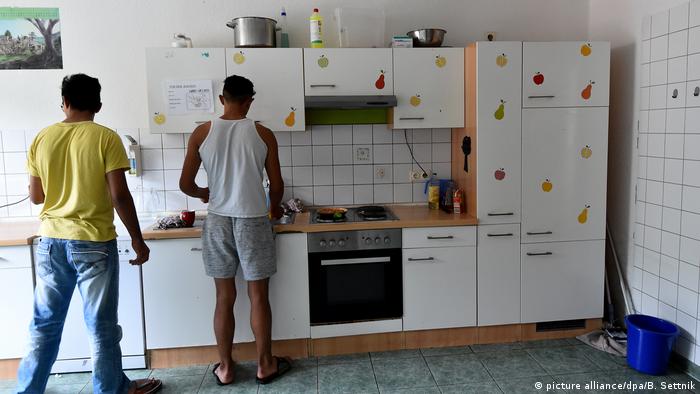 In mid-April, the European Union's supreme court in matters of EU law ruled that unaccompanied minors could bring in their families, even if they had come of age during the asylum process.

The European Court of Justice (ECJ) ruled that the decisive factor was the date when the application for asylum had been made — and not how long it took authorities to process it.

German law dictates that a refugee must still be a minor when the parents join him or her.

A report in German daily Süddeutsche Zeitung indicated that the German Foreign Ministry, which issues visas, was not correctly implementing the law.

In early September, the Red Cross and the UN refugee agency UNHCR held a closed-doors conference on family reunification. At the event, a Foreign Ministry spokesperson said Germany would not implement the ECJ ruling. (Read the protocol here - in German).

Human rights organization Pro Asyl told the newspaper it believed a considerable number of refugees had been unfairly denied their rights to bring their families into Germany. It called on the government to apply the ECJ ruling.

According to a statement from Eurostat the EU's statistical office in May, over 31,000 unaccompanied minors were among asylum seekers registered in the EU in 2017. Nearly 90 percent of them were males. As a group they accounted for 15 percent of all asylum applicants and 9,085 applied for asylum in Germany.

In Germany, a refugee's age is generally established in an interview with youth welfare officers. A court decision could soon require authorities to determine it with a medical exam, but those methods are controversial. (25.04.2018)

The German Red Cross president said it was "frightening" how many of the disappeared are unaccompanied minors. But some of the missing may have died on their journey to Germany, the aid group said. (28.12.2017)