Germany: Health apps to be available on prescription

Patients in Germany will be prescribed health apps starting in 2020, the German parliament announced on Thursday. Health insurance firms in Germany will provide digital health services on personal electronic devices. 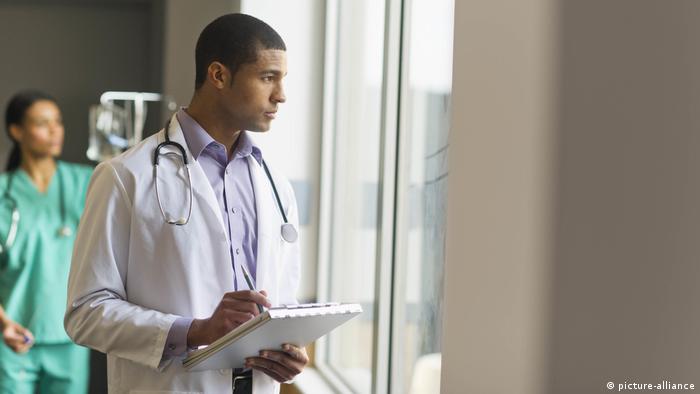 Patients in Germany can be prescribed health apps, the German parliament announced on Thursday.

The move will mean that health insurance firms in Germany will provide digital health services on tablets, computers and smartphones.

German Health MinisterJens Spahn described the policy as a "world first." The policy is expected to pass into law in 2020.

Examples of apps which will be available on prescription include digital diaries for diabetes, apps to support phsyiotherapy or psychotherapy treatments and to measure blood pressure.

The move has been criticized by opposition politicians. Green party health spokeswoman Maria Klein-Schmeink said that how some of these apps were not yet properly developed.

"We can't start implementing new procedures without making sure we have proven the benefit," she said in parliament on Thursday.

The proposal will not need the approval of the entire German parliament.

The UK and foreign doctors

German doctor acquitted in transplant scandal gets €1 million in damages

Instead of spending almost a year in custody, the surgeon could have taken up a lucrative position in Jordan. But after his acquital in an organ donor scandal, the doctor is set for a huge compensation payout. (13.09.2019)