German doctor acquitted in transplant scandal gets €1 million in damages

Instead of spending almost a year in custody, the surgeon could have taken up a lucrative position in Jordan. But after his acquital in an organ donor scandal, the doctor is set for a huge compensation payout. 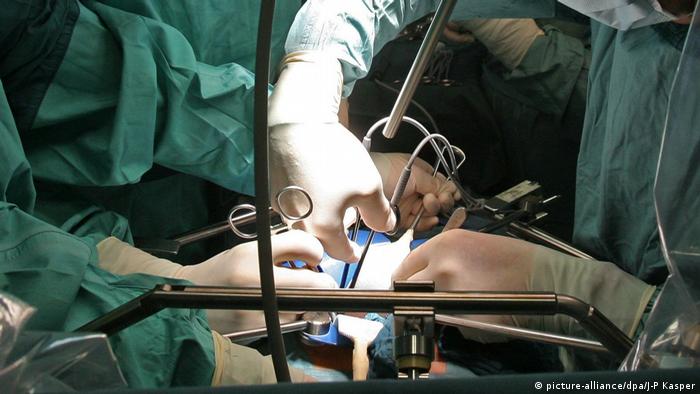 A German surgeon, who was acquitted after an investigation into misconduct surrounding organ donations, was awarded €1.2 million ($1.3 million) in damages on Friday.

According to the court documents, he was under investigation regarding 11 counts of culpable homicide and three of grievous bodily harm in relation to organ donations allegedly made to the hospital where he worked in Göttingen, Lower Saxony.

The doctor was held in custody for 11 months while the investigation was carried out. This prevented him from taking up a lucrative position in Jordan.

He claims that this position would have paid him €50,000 per month. He estimated his overall loss of earnings as €1,297,311.99, not including his legal costs and the interest which accrued on his original bail.

A judge in Braunschweig has now ordered the state of Lower Saxony to pay this in full. An appeal is possible.

Read more: Organ donation: Germany debates how to get people on the list

The investigation began in 2011 in Göttingen and the doctor was implicated in 2013 before being acquitted in 2015.

The unnamed surgeon was head doctor at the university hospital in Göttingen and was responsibile for transplant surgeries there. The investigation concluded that the doctor's actions in manipulating medical data to speed up the donor process were "morally reprehensible" but were not punishable by law at that time.

The doctor already received damages amounting to €8,500 in 2017 and his bail was paid back.

This year, two children were born at the University Women's Hospital in Tübingen whose mothers had previously received a uterus transplant. The doctors involved are thrilled. (23.05.2019)