Germany's government agreed to push back the decision on upgrading German-built tanks used by the Turkish army, according to the magazine Spiegel. The freeze follows uproar over Turkey's use of Leopard tanks in Syria. 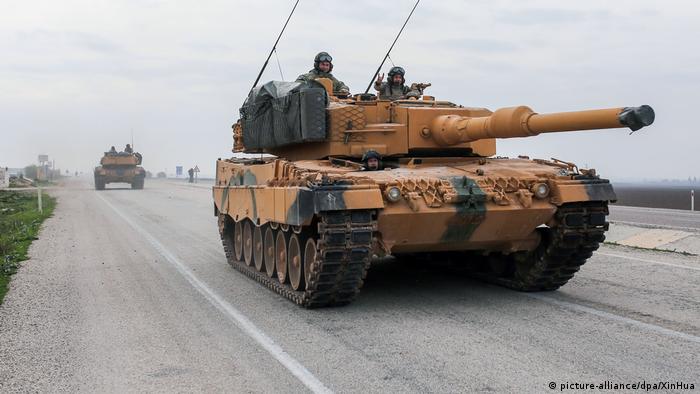 German authorities decided to wait for the new government to take office before making any new moves on arms exports to Turkey, Spiegel magazine reported on Thursday.

The magazine quoted German Foreign Minister Sigmar Gabriel as saying that the current caretaker cabinet — an alliance of the same parties currently negotiating on forming a new government — is "united" in the decision to wait for the end of talks on the next grand coalition, which is expected to take weeks.

The freeze comes amid a slew of criticism toward the government after images from northern Syria showed the Turkish army using German-made Leopard tanks in its anti-Kurd offensive.

"The government is very worried over the military conflict in northern Syria," Gabriel told Spiegel. "When it comes to the current consultations on arms exports, the government thinks it is clear that we are not supposed to deliver arms to conflict areas and we will not do it."

No upgrades for tanks, yet

Specifically, the freeze affects German companies upgrading Leopard tanks used by Turkey and providing them with better protection against mines and IEDs. Berlin was reportedly very close to approving this specific proposal after Gabriel met with his Turkish colleague Mevlut Cavusoglu earlier this month, where both sides seemed eager for a thaw in relations. This meeting predated the Afrin offensive.

However, ties between Berlin and Ankara might again suffer after Turkish strongman Recep Tayyip Erdogan ordered the Syria offensive last Saturday. Gabriel and his SPD party find themselves in an especially awkward position due to yesterday's reports on record-breaking arms exports under the current cabinet. Before entering the grand coalition in 2013, Gabriel repeatedly pledged to rein in weapons sales. 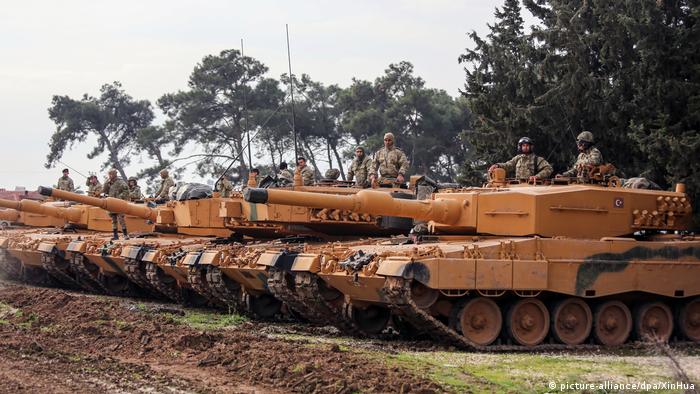 "There is no such thing as suspending or canceling the tank upgrades," he told the state run Anadolu agency.

At the same time, Cavusoglu admitted that a meeting of a commission on the tanks was postponed, and said that Turkey expected "solidarity" from Germany.

"While we fight terrorists, we expect support and solidarity from Germany. We expect them to not support terrorists, but I know they are also under pressure," Cavusoglu said.