A parcel hub that delivers millions of packages across western Germany has been closed after 42 workers tested positive. The depot lies in Heinsberg county, home to one of the country's worst outbreaks. 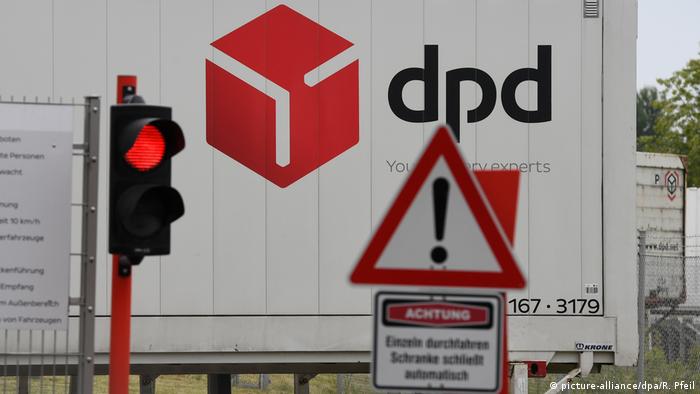 The parcel hub at Hückelhoven in North Rhine-Westphalia, Germany's most populous state, is to be "comprehensively disinfected," said Dynamic Parcel Distribution (DPD), a part-subsidiary of France's La Poste on Saturday.

Four hundred workers, including warehouse personnel and deliverers, have been quarantined since Friday "in consultation" with the public health office in the district of Heinsberg, said Peter Rey, spokesman for DPD, one of 5 largest parcel delivery services in Germany.

Public broadcaster WDR said so far 42 people had tested positive for the Sars-Cov-2 virus out of 167 examined — roughly one-in-four.

Test results for others among the 400 were expected Monday, said WDR whose broadcast zone spans the state.

DPD said "immediately" after notification at Hückelhoven, Heinsberg county's public health office had sent a mobile testing unit to the site. Deliveries would, instead, be made by nearby centers of DPD's 78-depot network across Germany, it added.

Heinsberg county, between Düsseldorf and Germany's border with the Netherlands, emerged in March as being Germany's large infection cluster.

Also at Coesfeld, a town in northern NRW, a slaughterhouse became the focus of multiple infections, just as German states to varying degrees began easing their lockdowns imposed since mid-March.

Until Friday, Heinsberg county had recorded 68 deaths attributed to COVID-19, the disease that in some causes lung-collapse and extreme tissue inflammation, and 1,798 had been infected.

At Gangelt, a Heinsberg county township near the Dutch border, researchers led by Bonn virologist Hendrik Streeck interviewed and tested 919 residents in 405 households to trace infection since a Carnival gathering in mid-February.

The results of the "Heinsberg study" commissioned by NRW's state government, prompted Streeck early this month to speculate that across Germany, as many as 1.8 million people had been infected.

German Interior Ministry: 'It's very important that we lift these restrictions'

Given that one-in-five Gangelt residents were found to be Cov-Sars-2-infected but without exhibiting symptoms, Streeck recommended broad testing across Germany, not just of patients registered in clinics and at doctors' practices.

"The more precise the numbers are, the more accurate one can estimate what such a pandemic of Sars-CoV-2 actually means for society," said Streeck.

Germany's consumer advisory foundation Warentest says DPD was founded in 1976 by 18 German haulage companies, operates from Aschaffenburg near Frankfurt and via Geopost is a subsidiary of the French group La Poste.

Heinsberg is one of the worst-hit cities in Germany, and the three local hospitals were quickly overwhelmed. However, they were able to get a grip and are now coping much better. (23.04.2020)

The COVID-19 pandemic is hampering global efforts at fighting HIV/AIDS. DW News Asia's Biresh Banerjee spoke with Hendrik Streeck, Director of the Institute of Virology at the University of Bonn, Germany.

Hendrik Streeck, one of Germany's top virologists, told DW that the German health minister's bleak warning didn't reflect how the virus travels nor how long the pandemic might last.

Germany's new government and its high-profile health minister, Karl Lauterbach, have announced they are stepping up the fight against the pandemic. Tackling a vaccine shortage is top priority.