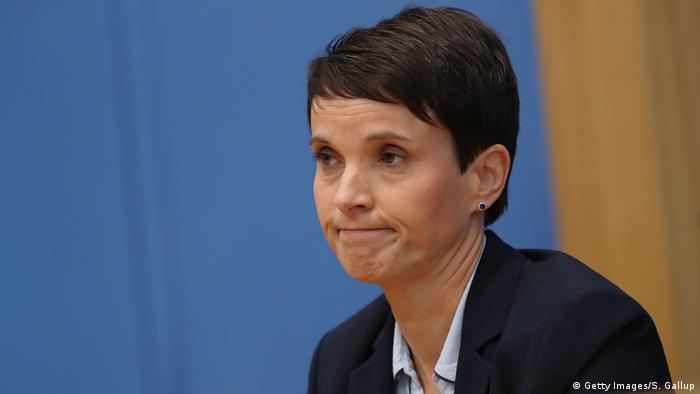 Following setbacks in regional German elections, a breakaway faction from the far-right Alternative for Germany (AfD) will shut down, its party leader said Tuesday.

Former AfD co-head Frauke Petry formed the Blue Party in 2017 as a new conservative alternative for German voters after she left her former party amid internal squabbling following federal elections that year.

But after nearly two years, the Blue Party has failed to make inroads among the conservative voter base, receiving less than half a percent of the vote in elections in the eastern states of Thuringia and Saxony in recent months.

"Our liberal-conservative policy has clearly been rejected by voters in Saxony and Thuringia. It is therefore logical, although painful, to end our project at this point," Petry said.

The decision to dissolve the Blue Party by the end of the year was made at a party conference over the weekend.

Left the AfD after election

Petry quit the AfD soon after she was elected to parliament in the 2017 general election, arguing the party had become too extreme. She remains a member of the Bundestag as an independent.

She had established the Blue Party hoping to snatch votes from those who support Chancellor Angela Merkel's center-right Christian Democrats (CDU), the pro-business Free Democrats (FDP) and the far-right AfD.