Germany: Frankfurt police unit to be disbanded over far-right chats

A special police unit will be disbanded after investigators found right-wing extremist messages shared by some of its members. 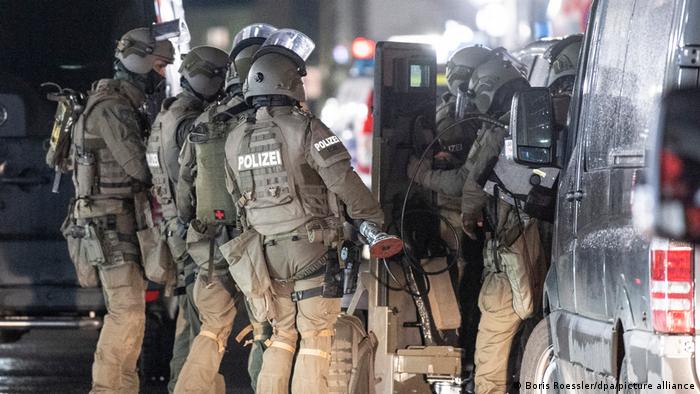 Police from the central German city of Frankfurt am Main have decided to disband the city's Special Task Force (SEK) following the discovery of far-right extremist messages in group chats, a state official said on Thursday.

Interior Minister for the state of Hesse Peter Beuth said that "unacceptable misconduct" by certain members of the SEK made the dissolution of the unit "unavoidable."

A group of experts will organize a restructuring of the SEK, Beuth added. "We are launching a fundamental reboot of the SEK today," he said.

He called for a completely new leadership culture among the middle and lower levels of the police force.

"Of course our special forces will also be vital in the future, but the parameters will be different," the interior minister said.

Why is the special task force being dissolved?

The move followed an announcement by the Frankfurt Public Prosecutor's Office, as well as the Hessian State Criminal Police Office on Wednesday that they had ongoing investigations into 20 active and former SEK officers suspected of participating in right-wing extremist chat groups.

Aged between 29 and 54, all but one officer had been on active duty. Now, none were now allowed to perform duties, Frankfurt police chief Gerhard Bereswill explained on Wednesday. One had already been suspended.

The revelations "make the suspicion of right-wing extremist tendencies of some members of the Frankfurt SEK clear," Beuth said on Thursday.

German police and military forces have been plagued by far-right scandals in recent years. Defense Minister Annegret Kramp-Karrenbauer was forced to disband the 2nd company of the Bundeswehr's Special Forces Command (KSK) in November last year after it became clear soldiers in the unit had covered right-wing extremist activities carried out by certain members.

Hesse state, where the financial hub of Frankfurt is located, has been a particular hotspot of right-wing activity among German authorities.

Threatening emails sent to several people, including a prominent lawyer with a migrant background, were traced back to a police computer in Frankfurt. The messages were signed NSU 2.0 — a reference to the neo-Nazi trio National Socialist Underground (NSU) who committed 10 murders between 2000 and 2007.