The head of Germany's domestic intelligence agency predicts the arrival of up to 3,000 violent protestors at next week's NATO summit while politicians and residents in Strasbourg criticize over-zealous security measures. 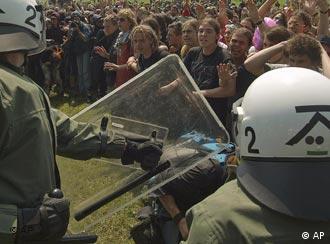 Police are preparing for up to 3,000 violent protestors

Heinz Fromm, president of Germany's Federal Office for the Protection of the Constitution has said that authorities are expecting 15,000 to 20,000 demonstrators at a rally against the military alliance in the French city of Strasbourg on April 4. One of his main concerns is the predicted arrival of anti-NATO anarchists hidden within their midst.

"What we are particularly concerned about is the participation of left-wing extremists who are ready for violence," Fromm said in an interview with Reuters. "We see a militant potential of some 3,000 people at the mass rally."

And while Fromm said a large international gathering like the NATO summit is always at risk from an Islamist terrorist threat, he stated that there is no "information on concrete plans for attacks."

The alliance's 26 political leaders will first meet in the German town of Baden-Baden to mark the anniversary of the creation of the North Atlantic Treaty Organizationbefore moving on to Strasbourg for the summit on April 3 and 4.

As a security measure, German police have temporarily reintroduced border controls ahead of the summit, which US President Barack Obama will attend. 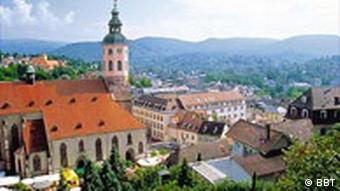 The sleepy town of Baden-Baden won't be so quiet soon...

Left-wing militants, anti-war activists and right-wing radicals from across Europe are expected to protest NATO's "imperialistic war policies" and its involvement in Afghanistan. Some are also angry about France's return to the alliance's command structure.

In Strasbourg, police have tried to stop the display of anti-NATO flags in the run-up to the summit, a move which has angered many.

"Scandalous and intolerable," said Daniel-Cohn Bendit, co-president of the Greens in the European Parliament and a well known figure in French and German politics.

Patrick Wachsmann, a law professor at the University of Strasbourg and a specialist in civil liberties, called the move "completely illegal."

The controversy began when police visited homes of citizens who were flying flags with a rainbow logo and the slogan "No to NATO" on them. One resident, Christian Grosse told reporters police told him to remove the flag or they would.

Marie-George Buffet, the secretary general of the French communist party, has used Grosse's experience as a rallying point and called people to hang the "No to NATO" flag all over France. 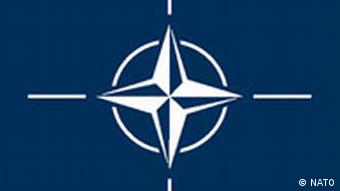 Francois Bayrou, leader of France's centrist Democrat Movement, also condemned the police measures. "It is wrong not to respect peaceful freedom of expression," he said.

Law professor Wachsmann, who found the measures "shocking," says the police measures are not covered by any existing law.

German Chancellor Angela Merkel has said success in Afghanistan is critical for the future of NATO, ahead of a historic summit for the transatlantic alliance. That would mean rethinking strategy altogether, she said. (26.03.2009)

US President Barack Obama said in a meeting with NATO's Secretary General that he wants to improve relations with Russia. Yet Obama said he also feels the alliance should not be afraid of expanding its borders. (25.03.2009)

NATO has welcomed President Nicolas Sarkozy's announcement that France is to fully reintegrate into the military alliance in a significant shift away from French exceptionalism. (17.06.2008)