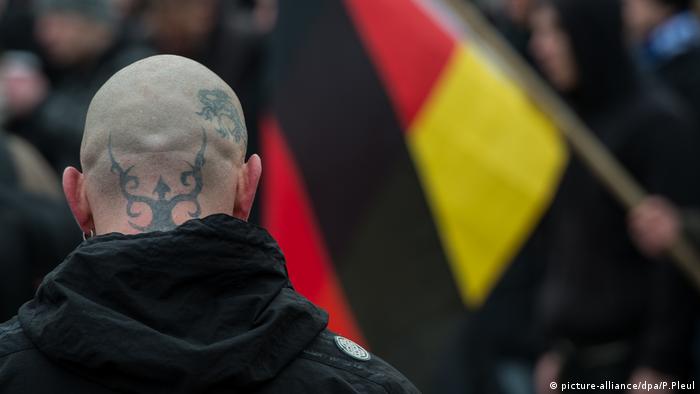 Local police officers were called to an operation in the town of Königstein on Thursday after receiving a public disturbance complaint during the nationwide public holiday marking both Father's Day and Ascension Day.

A group of around 20 to 25 people threatened and attacked the police officers, throwing steel pipes, wooden slats, glasses and other objects while shouting the Nazi salute, "Sieg Heil." A police car was also damaged.

The officers then called on federal and riot police for assistance. Some 120 officers in total were deployed at the scene.

A number of those arrested were already known to police. The suspects face charges of breach of the peace, resisting arrest, using banned symbols and contravening weapons and narcotics laws.

A police plan for video surveillance of a Dortmund street home to suspected neo-Nazis has been overruled by an administrative court. Judges have said recording activity on the road would exceed police powers. (08.05.2020)