A proposed law from the German government would mandate banks to provide universal access to basic bank accounts. The law would particularly affect homeless people and refugees. 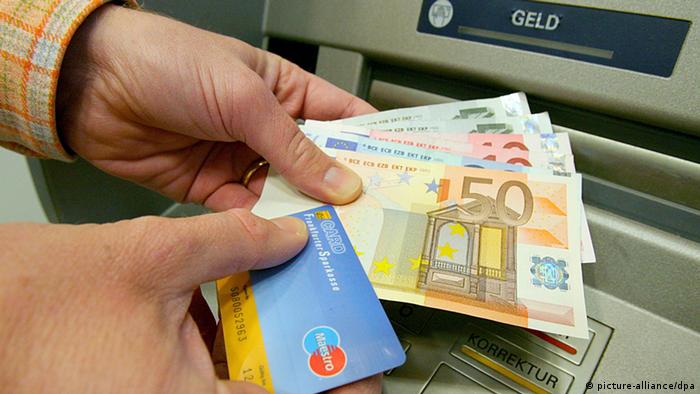 A draft law presented by the German cabinet on Wednesday would require German banks to provide access to a basic bank account for everyone, paving the way for people without proper documentation or a permanent address to open an account.

Currently, some banks can deny someone an account if they are unable to provide identification or proof of residency – two conditions that often apply to refugees or homeless people. The lack of a bank account can make it difficult for people in these groups to participate in normal financial transactions.

In 1995, banks in Germany voluntarily agreed to provide basic accounts to nearly everyone. However, not all banks followed through on this agreement equally. Now, in line with an EU directive from 2014, Germany would like to make these account access measures a legal requirement.

The law would require access to basic accounts for anyone legally residing in Germany. In addition to people granted asylum, it would also apply to people who have not been granted asylum ("tolerated persons") but are being allowed to stay in Germany indefinitely on other legal grounds.

Banks are not required to provide overdraft coverage for these basic accounts but will have to provide more transparency regarding all costs associated with the account. Under the law, account owners would be able to switch their account to a different bank within Germany with less red tape.

The EU directive requires the measures to be acted into law by September 18, 2016.

Germany is trying to speed up deportations, creating the prospect of ugly scenes at airports as people resist. Lawyers say the wearying pace of the country's asylum procedures are not down to deportations in any case. (28.10.2015)

German consumers fear the unabated influx of refugees will have negative consequences for the national economy, at least short-term. This is born out in the most recent consumer confidence index by market researchers. (28.10.2015)

Refugees with a background in science are being encouraged to apply for the Philipp Schwartz Initiative, which will provide 20 individuals with three-year stipends for research work in Germany. (27.10.2015)