Poaching and illegal animal trading are not only threats against animals but also for humans. Proceeds finance violence and terrorism. Now Germany and Gabon are demanding a UN resolution. 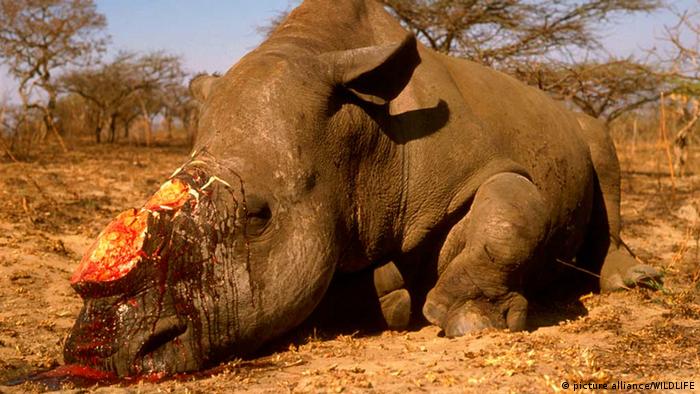 For James Leape, head of the World Wide Fund for Nature (WWF), poaching is a deadly spiral of crime. "Elephants are being poached; their ivory is sold and in the end that finances the purchase of weapons," he told DW in an interview.

Three recent reports of international trading of wild animals highlight the severity of this issue. In Nepal, police arrested 14 alleged rhinoceros poachers; in Hong Kong elephant tusks worth 740,000 euros ($1 million) were seized from a shipment from Africa and in Kenya, customs found more than 1,600 ivory pieces hidden in sesame seeds. 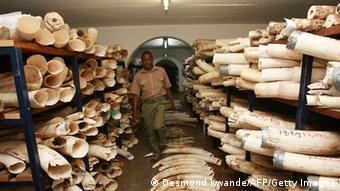 The black market for these animals is a "big business," according to Leape. Slaughtering protected animals such as elephants or rhinos in order to sell their tusks and horns on the international black market "is now one of the largest organized crime businesses in the world," he said.

The illegal poaching business is worth an estimated 14 billion euros ($19 billion) per year, a trend that is on the rise. "And you can see the effects on the ground. Estimates say we are losing more than 30,000 elephants every year," Leape said. "The elephant population in the Congo Basin in Central Africa has dropped 60 percent in the last decade."

The Congo Basin with its savannas and forests is considered Africa's "green lung" and is home to many wild animals. But rhino poaching has soared in the last several years. "We lost 13 rhinos in 2007. We've lost 688 rhinos already this year, and we still have three months to go," Leape said. 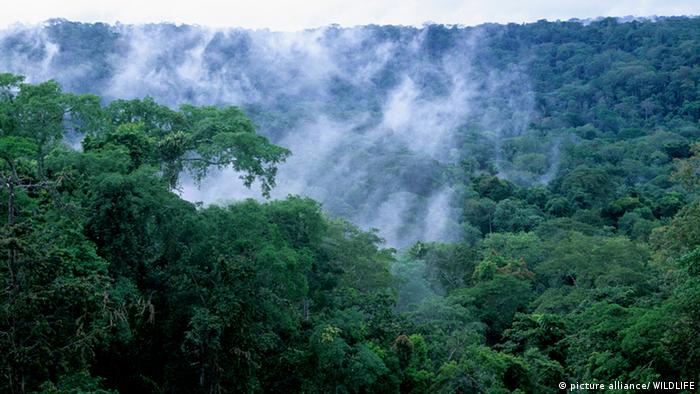 The Congo Basin is home to flora, fauna and wild animals, but illegal poaching in this region is on the rise

The worldwide illegal trade of protected animals not only threatens endangered species, it also damages flora and fauna, and that is a serious threat for many states and their citizens.

After all, proceeds from this underground business finance international drug dealers, criminal associations, rebel groups and, ultimately, terrorism. Violence and corruption greatly benefit from illegal poaching, which in turn exacerbates the conflicts that are threatening to unravel the stability of governments.

"We want people to understand that this is not just a wildlife crisis; it's in fact a humanitarian crisis," Leape said. "Because poaching and international trade are undermining governments and communities across the countries where these animals live."

To break this spiral of violence, Germany and Gabon have begun tackling the issue and called for action at the last UN General Assembly.

"It is obvious that this issue is not on the front pages of the media everyday, but it is an issue of great importance," outgoing German foreign minister Guido Westerwelle said at a meeting of German and Gabonese dignitaries in New York.

"Poaching is not only a crime against animals but also against peoples, because it is destabilizing countries, societies, and it is an organized crime. And that's why we want to fight against it and work together," Westerwelle added.

No demand - no market 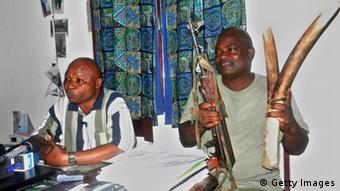 Demand for elephant ivory and poaching are directly related

He pointed to the responsibility of those on the receiving end of the criminal activity, namely the purchaser that pays a large price for tusks and rare animal fur.

"No demand, no market: and all of us have to work towards achieving that end," Bongom said.

Calling for a UN resolution

For Leape, cooperation is also crucial, and the UN General Assembly was a good opportunity to highlight the problems and initiate a common UN approach.

"We asked for a UN resolution on international wildlife trafficking and got quite enthusiastic support from several corners," Leape said. 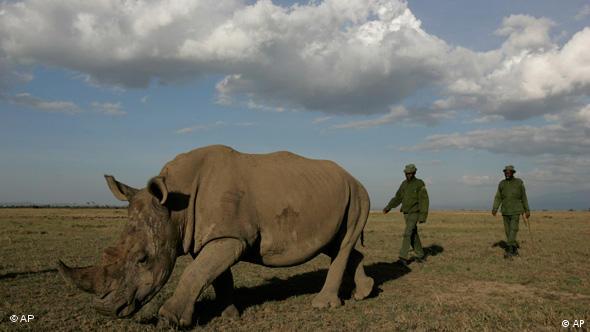 "We also called for [Secretary General Ban Ki-Moon] to appoint a special representative whose full-time focus would be addressing the international wildlife trade problem - and understanding its connection to sustainable development."

Like other non-governmental organizations, the WWF works together with governments of affected countries to help them bolster enforcements and make sure that poachers are prosecuted when caught.

"It is paramount that we track down not only those on the ground but the kingpins who are actually running the show."

"We've had a couple of successes in the last years," Leape said. "But that's clearly an area that needs to be strengthened. We're helping governments do that and come together in regional cooperation to catch gangs who are roaming freely across national borders."

Rampant poaching in Africa is a cause of major concern to wildlife organizations. Many rhinos are killed every year mainly for Asian markets. In Vietnam, rhino horn is believed to be miraculous, able to heal cancer. (15.03.2013)

With militia groups in Africa suspected of arming themselves through the illegal ivory trade, elephant poaching is not only causing concern among conservationists, it is also a security problem. (06.06.2013)