The German government on Sunday criticized Israel for preventing Development Minister Dirk Niebel from entering the Hamas-controlled Gaza Strip during a visit to the region. 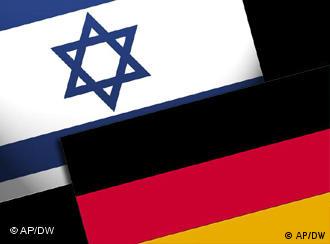 Berlin has urged Israel to ease the Gaza blockade

Niebel, who began a visit to Israel on Saturday, told German newspaper Leipziger Volkszeitung in an interview to be published Monday that the move amounted to a "great foreign policy mistake by the Israeli government."

Niebel had planned to inspect a German-financed sewage plant in the Hamas-controlled area and meet representatives of the United Nations Relief and Works Agency for Palestine refugees.

"I had hoped that this could have been a clear political signal for an opening and for transparency," Niebel said in a separate interview on public German broadcaster ZDF.

"Sometimes the Israeli government does not make it easy for its friends to explain why it behaves in the way it does."

German Foreign Minister Guido Westerwelle said he regretted Israel's decision, adding that the German government continued to support an end to the Israel's blockade of Gaza. 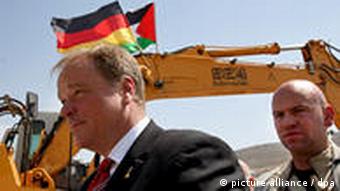 Niebel had planned to inspect a German-financed sewage plant

Islamist group Hamas took power in Gaza in 2007, after which Israel imposed a blockade on the small but densely populated coastal region.

Israel said this week that it was easing a land blockade of the Gaza Strip after a storm of international criticism following its raid on an aid flotilla bound for the Hamas-run Palestinian territory killed nine activists. Israel faced intensified international calls to relax or lift its Gaza embargo.

Ruprecht Polenz, a member of parliament of Chancellor Angela Merkel's Christian Democratic Party and chairman of the foreign affairs committee told newspaper Tagesspiegel there was no "political reason" for Israel's decision.

"The Israeli government is damaging the credibility of its new politics," Gernot Erler, deputy head of the Social Democratic Party's parliamentary group told newspaper WAZ. He added that he couldn't see how the denial to visit the Gaza Strip fit with the government's decision to ease the Gaza blockade.

He said the blockade, which is aimed at preventing Hamas members in the Gaza Strip from obtaining weapons and materials to build rockets which are fired over the border into Israel, was not a sign of strength. Rather, he said, it was, "proof of unspoken fear."

Niebel urged the Israeli government not to let the clock run out on the remaining opportunity for peace talks.

"It is five to twelve for Israel," he said.

"We do not allow senior politicians into Gaza because Hamas will manipulate such visits to gain legitimacy," said Palmor

On Sunday, Niebel met with Palestinian president Mahmud Abbas and Prime Minister Salam Fayyad and attended a ceremony marking the start of construction on a water purification plant in Nablus in the West Bank.

Reports say the German government has promised 42.5 million euros for development cooperation in the Palestinian territories in 2010.

Niebel is to meet Israeli officials in Jerusalem on Monday and Tuesday.

Israel's ambassador to the US has rejected calls for an international probe into its deadly raid on a Gaza-bound aid flotilla. French President Sarkozy on Sunday urged Israel to accept the inquiry. (06.06.2010)

Israel says it has released all of the 682 foreign activists detained after the raid on a Gaza-bound aid convoy. Among them were at least 11 Germans, one of whom was injured during the raid. (02.06.2010)

The Security Council's statement asks for an impartial investigation into an Israeli raid on a flotilla of aid ships that resulted in at least nine deaths. Meanwhile, over 400 passengers are being detained in Israel. (01.06.2010)