Germany has come to the aid of business and industry after a dozen major corporations called on the European Union to impose sanctions on Hungary for what they say are anti-competitive tax measures. 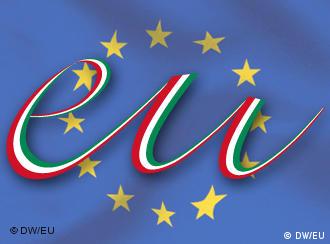 Hungary's EU presidency is off on the wrong foot

Bruederle told the German Sueddeutsche Zeitung newspaper that "charges which primarily affect foreign companies are fundamentally a problem for the European internal market."

The German minister, who is a leading member of the pro-business Free Democratic Party, said Berlin was following the situation with great concern and would broach the subject at a scheduled meeting later this month with his Hungarian counterpart, Tamas Fellegi.

Bruederle added that the German government was closely following an evaluation of the Hungarian tax law by the European Commission. 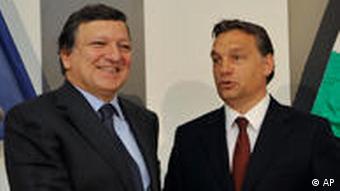 Barroso has yet to address the petition against Hungary

According to a report published Sunday in the German weekly Die Welt, a five-page letter sent by company executives to European Commission President Jose Manuel Barroso called on Brussels to pressure the Hungarian government to "abandon the unjust financial [measures]," which Budapest has defended as a necessary means to shoring up its overstretched budget.

The business executives reportedly complained that the new levies were "an effort to balance the Hungarian budget at the expense of foreign companies."

Among the firms which signed the letter were a number of energy groups, including Germany's RWE and E.on, Czech firm CEZ and Austria's OMV, as well as Dutch financial groups ING and Aegon. French insurer AXA and German telecommunications giant Deutsche Telekom were also among the signatories.

The letter pointed out that Deutsche Telekom could lose up to 100 million euros ($134 million) as a result of the retroactive taxes.

The criticism surfaces at an inopportune time for Hungary, as it begins its six-month term as European Union president. 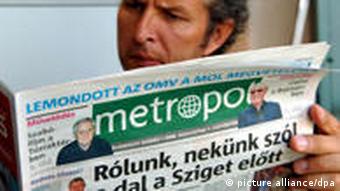 While Hungarian Prime Minister Viktor Orban pledged in a speech in Budapest on Saturday that his government would work to make Europe "more modern and more competitive," recent moves have critics questioning the veracity of those intentions.

Hungary garnered international criticism last month after passing a controversial law that gives power to a media council to issue sanctions to outlets that broadcast material that is "not politically balanced."

The law is seen internationally as an attack on the freedom of the press, while the government claims it is overdue and reflects a need to address changes in technology.

Orban tightens the reins as he smiles to the world

Hungary is set to take over the EU presidency on January 1. In an interview with DW, journalist Paul Lendvai criticizes Prime Minister Viktor Orban for throwing around the weight of his two-thirds majority. (31.12.2010)