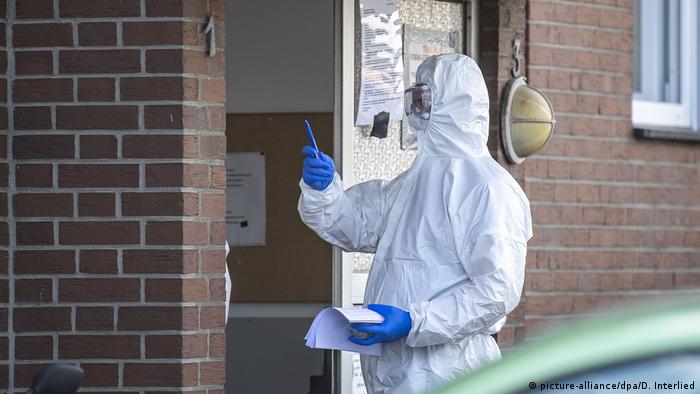 German states and the federal government have reached an agreement on "more targeted measures" to address localized outbreaks of COVID-19.

One significant change is that entire districts will no longer be required to lockdown in the case of a localized outbreak, while quarantine and lockdown measures will be tightly limited to only targeted hotspots.

Localized travel bans in and out of coronavirus hotspots may be enforced in cases where the number of infections continues to rise or when there is no certainty that a chain of infection will not continue to spread.

The measures come as Germany — which has been less affected by the pandemic than neighboring countries — seeks to ward off a second wave of coronavirus infections.

Several state ministers have rejected the idea of large-scale travel bans within Germany.

Moreover, the agreement upholds a regulation that requires residents of a coronavirus risk area to prove they have tested negative for coronavirus within 48 hours before they are allowed accommodation in the country.

People coming from risk areas abroad will have to go into quarantine at home for 14 days when entering Germany unless they can prove a negative test result that is less than 48 hours old.

The meeting between federal and regional authorities came after recent lockdowns imposed following an outbreak at a slaughterhouse. Hundreds of thousands of people in the Gütersloh and neighboring Warendorf districts were affected, with many reporting they were refused travel accommodation outside the districts. The restrictions have since been lifted.

Up to now, federal guidelines stated that restrictions should be imposed if the number of new coronavirus infections in a region rises to more than 50 cases per 100,000 residents in a seven-day period.

Health ministers from Germany's 16 states said earlier on Thursday that they were in favor of having future lockdowns due to coronavirus outbreaks apply only to small, localized areas, adding that closing down large cities like Hamburg or Berlin was impossible.

"It is important for there to be a differentiation made within districts and individual cities," they said in a resolution. "Decisions must be taken flexibly on the spot by the competent authorities."

The ministers conceded that bans on traveling out of such smaller regions under lockdown would be hard to police and said the Interior Ministry and state interior ministers should try to come up with practicable solutions.

"Faster, more small-scale, more precise — this is what we want to agree upon today," Helge Braun, Merkel's chief of staff, told the ZDF public broadcaster before the meeting. 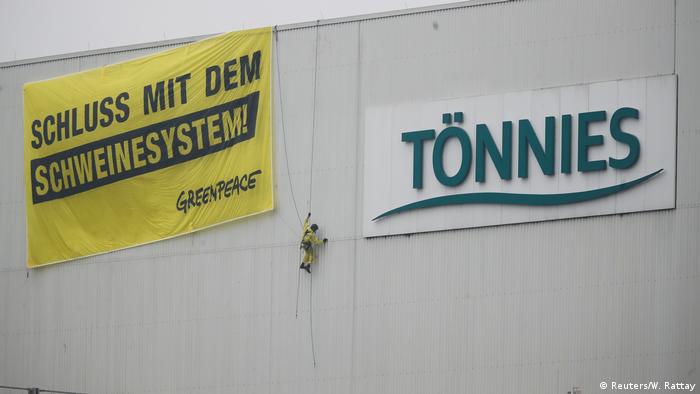 Greenpeace protested against working conditions in the German meat-processing industry

The Tönnies slaughterhouse in the Gütersloh district, meanwhile, resumed operations on Thursday after being closed for around four weeks owing to a coronavirus outbreak in which some 1,500 workers tested positive. Some 600 workers began slaughtering and processing animals for meat again on Thursday amid additional hygiene precautions such as physical distancing and regular testing.

The outbreak at the factory has highlighted the dire working and housing conditions of many in the German meat-processing industry as well as raising questions about the welfare of the animals that are slaughtered.

As the Tönnies slaughterhouse reopened, the Greenpeace environmentalist group held a protest calling for radical changes in the meat industry, with two activists landing on the main building with motorized paragliders. Greenpeace has demanded changes to the way animals are kept, with regular strict inspections by government officials, along with fair prices and working conditions.

Florian Hollmann sent 170 pigs every week to the Tönnies slaughterhouse in Rheda-Wiedenbrück. But a coronavirus outbreak forced the facility to close weeks ago — giving the pigs a short reprieve and him a problem. (10.07.2020)