Two years ago, nine people from an immigrant background were shot dead by a far-right extremist in the western city of Hanau, near Frankfurt. Numerous memorial services were held across Germany to remember the victims. Germany on Saturday remembered the victims of a mass shooting by a far-right extremist two years ago in the western city of Hanau.

A memorial service took place at the city's main cemetery, with relatives, politicians and religious leaders in attendance.

What was the Hanau attack?

The shootings took place in two shisha bars and targeted those from an immigrant background.

Nine people were killed and five others were injured.

The attacker then fled the scene and later killed his own mother before taking his own life.

Authorities classified the crime as right-wing extremism and racially motivated.

The gunman had posted a racist manifesto on his personal website, expressing hatred for migrants and for German citizens who had allowed immigrants into the country.

There are still doubts as to whether the man was a lone wolf or whether he had accomplices.

How was the atrocity commemorated?

German Chancellor Olaf Scholz led Saturday's memorial with a video posted to Twitter, naming each of the victims.

"Fatih, Ferhat, Gökhan, Hamza, Kaloyan, Mercedes, Sedat, Said Nesar, Vili Viorel. You were a part of our country, a part of us," Scholz said, adding that the country would do more to root out far-right extremism.

Interior Minister Nancy Faeser (SPD) took part in the memorial service in Hanau, telling relatives that if the assassin had wanted to divide Hanau, "he achieved the opposite: more cohesion, solidarity, humanity."

"This attack did not come out of nowhere. And it was anything but random," Faeser noted, adding that the breeding ground was "a climate of contempt for humanity that incites violent extremists and, in the worst case, leads them to act." 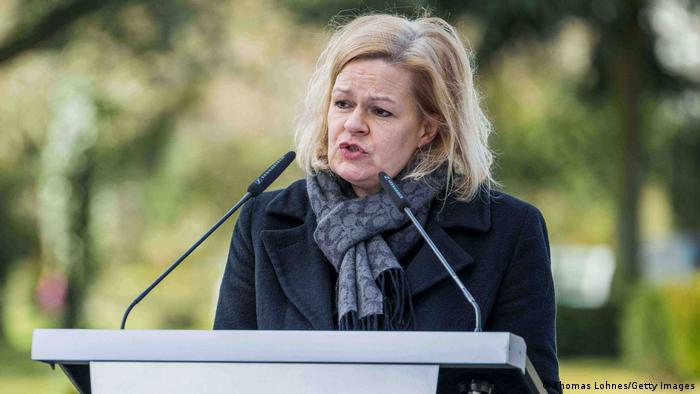 Volker Bouffier, the premier of the state of Hesse, where Hanau sits, warned that Germany must stand up to racism and extremism.

"We must therefore be vigilant, we must not remain indifferent. We must stand up to racists and certainly not show understanding," Bouffier said.

Hanau's mayor Claus Kaminsky said that while it was not possible to completely drain the "right-wing swamp," he hoped that "the smaller this swamp becomes, the fewer people can sink in it."

Only three of the nine victims of the attack are buried in Hanau. The other six are buried in Dietzenbach, Offenbach and in their hometowns in Turkey, Romania and Bulgaria, according to the city.

Numerous other memorial events, rallies and demonstrations were staged in Hanau, Frankfurt and other cities throughout Germany.

Some relatives of those killed spoke of incurable pain and destroyed families, while others criticized "fine words" from politicians but complained they were treated as "supplicants" for victim compensation.

Some relatives also criticized the organization of the memorial service, claiming that politicians were given priority over relatives or friends of those murdered.

"It makes me stunned that our wishes were ignored on this special day," said Emis Gürbüz, the mother of one of the victims.

Families of the victims also complain they are living under constant fear, alleging that the dead gunman's father is making open threats to them. 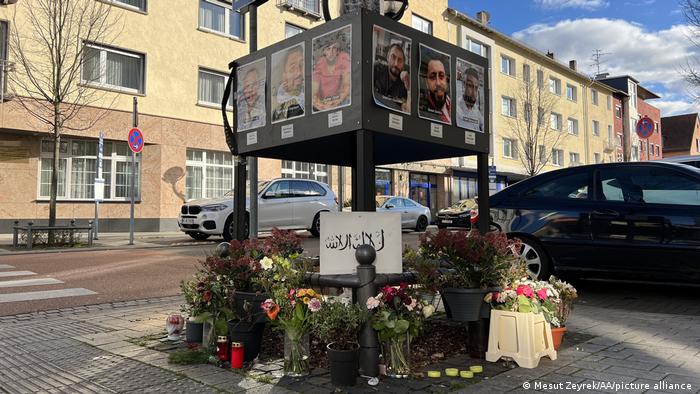 Hesse's state parliament is currently investigating the handling of the attack, to determine whether authorities had failed before during or after the atrocity.

Meanwhile, the German government said this week that the country would formally commemorate the victims of all terrorism every March 11, starting next month.

The date marks the anniversary of the 2004 bomb attacks in Madrid and is already commemorated each year by the European Union.

Federal buildings will mark the day by flying flags at half-staff.