Ceremonies are being held in Germany for the 70th anniversary of a failed attempt to assassinate Adolf Hitler. Some 200 people were killed for their involvement in the plot. 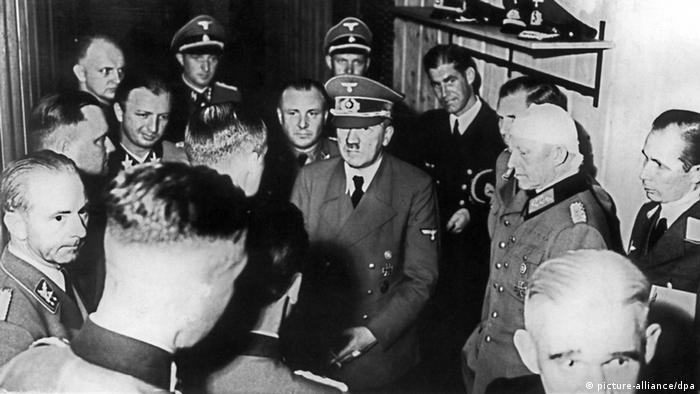 Commemorations of the failed assassination attempt on Nazi leader Adolf Hitler on July 20, 1944, got underway in Germany on Sunday with a church service in the Berlin Cathedral.

Speaking at the televised service, the president of the council of the Evangelical Church in Germany (EKD), Nikolaus Schneider, said it was important to honor the efforts to resist Hitler made by a group led by Claus Schenk Graf von Stauffenberg.

The women and men involved in the plot had to wait a long time in Germany before they were no longer considered traitors, but fighters for justice, Schneider said.

Schneider also said that the resistance showed that not all Germans had watched on passively or been enthusiastic followers of Hitler in the Nazi era.

Former German President Richard von Weizsäcker, who personally met Stauffenberg and knew of the plot to kill Hitler, said that those who tried to carry out the plot "remained models."

The conspirators had "set standards with their actions and their death," he wrote in an article for the newspaper "Bild am Sonntag."

The men had decided to go through with the plot despite knowing that the war was lost, Weizsäcker wrote. By so doing, they had acted "for those that should have intervened," taking "blame upon themselves, our blame for the sins of omission that we were entangled in."

The German government is also to hold a commemoration ceremony, where current President Joachim Gauck will deliver the official speech. The ceremony will be held in the building complex in Berlin known as the Benderblock, where Stauffenberg and his fellow plotters were executed on the night after the failed attempt.

On 20th July 1944, a group of Wehrmacht officers led by Stauffenberg tried to blow up Hitler in one of his headquarters, known as the "Wolfsschanze" (Wolf's Lair), situated in what is now Poland.

Protected by an oak table, Hitler survived the attempt slightly wounded, though four other people were killed.

Stauffenberg and three other conspirators were arrested and executed a day later. Two hundred other people suspected of involvement in the plot were also executed or murdered in concentration camps.

On July 20, 1944, Adolf Hitler cheated death when military officers planned an assassination attempt. It took a long time until the Germans came to honor those who took part in the coup attempt. (20.07.2014)

The failed assassination attempt of July 20, 1944 is the starting point of the German Resistance Memorial Center. Chancellor Angela Merkel has inaugurated its new permanent exhibition in time for the 70th anniversary. (20.07.2014)