On July 20, 1944, Adolf Hitler cheated death when military officers planned an assassination attempt. It took a long time until the Germans came to honor those who took part in the coup attempt. 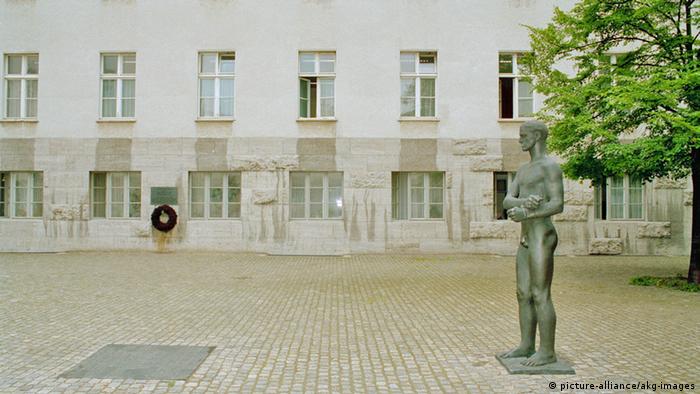 In the summer of 1951, the Allensbacher Institute took an important survey. The pollsters wanted to know what German citizens thought about the July 20, 1944 plot to kill Adolf Hitler. Only a third of respondents had a positive opinion about the men and women who had tried unsuccessfully to overthrow the Nazi regime. And in 1956, a majority of citizens opposed naming a school after Claus Schenk Graf von Stauffenberg, Hitler's failed assassin.

For a long time, Germans struggled to honor the resistance against the Nazi dictatorship. What now seems obvious, "is actually the result of a long and often contradictory process," Johannes Tuchel, head of the German Resistance Memorial Center in Berlin wrote recently. "Much has been ignored, repressed, forgotten."

The assassination attempt was the most important attempted coup in the Nazi era. The resistance fighters came mainly from the German aristocracy and the upper echelons of the Wehrmacht. At Hitler's headquarters, the "Wolf's Lair," Officer Claus Schenk Graf von Stauffenberg tried to kill Hitler with a suitcase bomb. But the dictator survived; the coup failed. Stauffenberg was executed the same night, and in the days and weeks that followed, hundreds of people who had been associated with the plot were rounded up and executed. 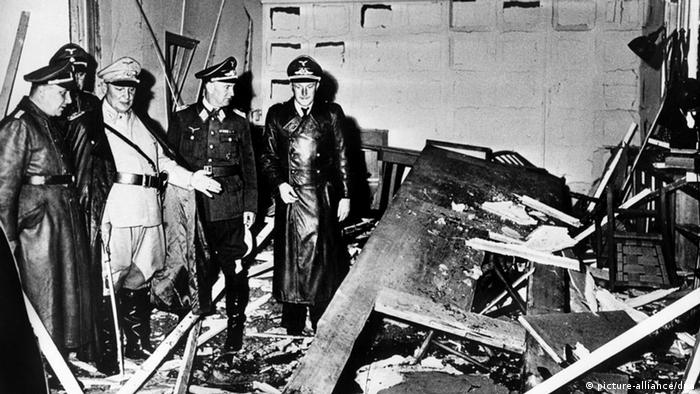 The destroyed room at Hitler's headquarters after the assassination attempt

The resistance members were portrayed as traitors who had broken the oath of allegiance they had sworn to Adolf Hitler. This opinion was shared by many Germans even after the end of the Second World War. But Theodor Heuss, West Germany's first postwar president, played a key role in persuading Germans that the resistance against Hitler was not treason and Stauffenberg's insubordination was even honorable.

"The oath of allegiance was paid to a man who formally, legally, morally and historically had many cases of perjury behind him," Heuss said in 1954, on the tenth anniversary of the attempted assassination. It was the first official memorial service for the resistance fighters of July 20.

"Theodor Heuss' speech triggered a turnaround in the perception of the German resistance," Rüdiger Voss said in an interview with Deutsche Welle. The lawyer has made it his life's mission to keep the memory of the resistance alive. His father was one of the conspirators; he himself is involved in foundations and research institutes dedicated to the coup attempt.

For the 70th anniversary of the coup attempt, he has published a book with speeches that were held in postwar Germany to commemorate July 20. "When you read this, you have a brilliant overview of the debate about the spiritual and political substance of the resistance," Voss said. The speeches address how the importance of July 20, 1944, has changed: The date is now an integral part of Germany's cultural memory.

The limits of oaths and obedience 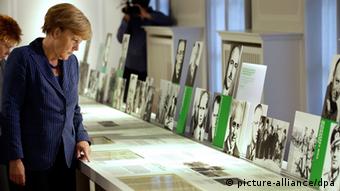 "Harsh words" were necessary, Heuss said in 1954: "There have been cases of refusal to carry out orders that have achieved historic greatness." The powerful and haunting words of the first West German president were necessary to bring about the recognition of the coup attempt as a revolt of conscience and honor. "Theodor Heuss was the first person to describe the devastating failure of the ruling elites in Germany," Voss said.

In 1958, Social Democrat Carlo Schmid said there was a moral obligation to kill a tyrant: "If there is no other way to escape from such distress, then it is morally permitted, indeed, necessary, to kill the one who threatens to drag us and our entire people into a state of inhumanity."

Many people at the time drew parallels to June 17, 1953, the day of the popular uprising in communist East Germany. They meant to illustrate that even attempting to murder Hitler was a legitimate struggle for freedom and human rights. It is striking how often speeches and debates of that era address the limits of oaths and obedience, with a "duty to commit high treason" as the religious philosopher Ernst Steinbach formulated it in 1968.

Unified German remembrance of the resistance

It took many years for historians to give the resistance fighters a place in the collective memory. Among those who helped bring this about was the writer Carl Zuckmayer, who said in 1969: "These men knew that there was only a slight hope of winning, but that they must still try. They tried in the larger hope that their act, even if it should fail, would serve as a beacon to the future."

A remarkable memorial service took place in 1990: the first all-German remembrance for the resistance. East Germany's communist leadership had ignored the assassination attempt for decades, mainly because the conservative and aristocratic conspirators around Stauffenberg did not match the socialist ideal.

'Average people in a totalitarian state' 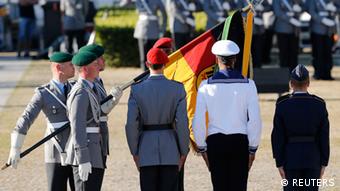 With an eye to the two past German dictatorships, Constitutional Court President Roman Herzog, later German president, spoke to his compatriots against cowardice. In 1990, Herzog warned about people "who have done nothing but look the other way." Even today, he said, most people would behave that way: "And here we must talk about normal average people in a totalitarian state."

And today? The traitors of 1944 have long since become heroes in the public's perception. The commemoration of the resistance fighters with wreath-laying ceremonies and soldiers taking their vows is now a tradition. Even so, "in schools, the German resistance has not yet found a place," Voss said.

Engaging with the ideas of the resistance members was so important, Voss said, "so as to be able to give an intellectually and politically viable and credible basis for our society." A lack of moral courage would be detrimental to the success of democracy, he said. In this respect, the words of Theodor Heuss in 1954 are still valid today: "The legacy is still effective, the obligation has not yet been removed."

Ewald von Kleist, the last surviving member of a group of German officers who tried to assassinate Adolf Hitler in 1944, has died at age 90. After the war von Kleist played a prominent role in transatlantic relations. (13.03.2013)