Germany has grand plans to build its first ever offshore wind farms in the North and Baltic Sea, a project that energy experts warn still has a long way to go in meeting formidable financial and technical challenges. 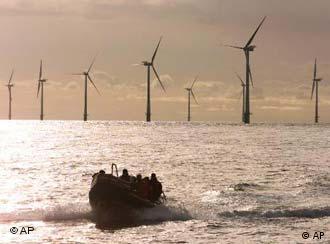 Buffeted by the soaring price of oil, a heated debate over a planned nuclear phase-out and pressure to meet its CO2 emission targets, Germany said last week it planned to give a massive boost to wind power in the coming years.

It’s a tall order considering not a single wind turbine is in place along Germany’s coastline as yet, some experts say. They point out that the minister’s ambitious plans are beset with questions about the technology. 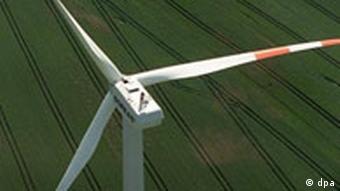 With its estimated 19,500 onshore windmills producing 23,000 megawatts of energy, Germany’s wind energy sector has seen exports boom in recent years as the demand for wind turbines rockets around the world. Last year, the industry created 8,000 new jobs in the country, increasing its total workforce to more than 80,000.

Yet the country, famed for its green credentials, has held back from taking the plunge into offshore wind technology – increasingly accepted around the world as a renewable source of plentiful amounts of clean energy.

Experts have largely blamed a combination of spiraling costs for steel and copper, risk-averse investors and a still infant offshore technology for Germany's reluctance.

But last month, the German parliament removed one of the biggest hurdles hampering the growth of offshore wind farms by amending the Renewable Energy Act (EEG) to raise the so-called “feed-in tariff” for wind energy. That’s the remuneration paid to owners of renewable energies systems when energy from their systems is delivered to the public electricity grid at sea - from a current 9 cents per kilowatt to 15 cents for wind energy.

“Investors in offshore wind farms can now be sure what level of income to expect until at least 2015 which is when the increased tariffs last until,” said Albrecht Tiedemann, energy expert at the Berlin-based German Energy Agency (dena).

As if on cue, business daily Financial Times Deutschland reported last week that US private equity giant, Blackstone plans to invest more than a billion euros in an offshore wind farm off the North Sea.

Balancing act far out at sea

While Blackstone’s investment sent a cheer through Germany’s wind industry, many say the biggest challenges lie in mastering a technology that is subject to a host of strict standards in Germany. 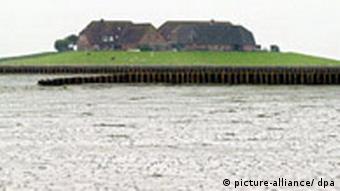 Investors can acquire permits to build wind farms off the German coast only after rigorous environmental monitoring for more than a year to ensure their windmills do not disrupt fragile marine ecosystems, animal life and in particular the protected Watt region on Germany’s North Sea coast. The large distance to the coast is also meant to protect tourism by sparing sun-bathers on the islands of Ruegen and Helgoland the unsightly view of an army of wind turbines mushrooming out of the sea.

“It’s always a balancing act when you’re trying to reconcile fragile ecosystems with meeting energy needs,” said Andree Buehling, energy expert at Greenpeace. He added that wind energy -- which enjoys a clean image -- would quickly fall out of favor with the population if it damaged the ecology.

Yet there’s no denying the stringent environmental standards make it more difficult to transport and install the bulky equipment needed for the wind farms.

That includes massive five megawatt turbines, tested on land by some companies, that weigh more than a 100 tons each and are almost 200 meters tall.

Experts say the long distances, deep waters and a lack of sufficient electricity networks make the endeavor at least 2 to 3 times more expensive than on land. Laying underwater cables -- one kilometer of cable is estimated to cost 1.5 million euros -- anchoring the windmills in water that’s more than 25 meters deep, keeping the enormous turbines from corroding and carrying out maintenance work so far out at sea are considered huge logistical and financial challenges fraught with risks.

Since there are no existing models to draw lessons from, all eyes will be on Germany's first ever offshore wind farm being built off the island of Borkum in the North Sea. Three German energy giants, Eon, EWE and Vattenfall plan to install six turbines 45 kilometers away from the island’s shores this year, followed by another six next year. 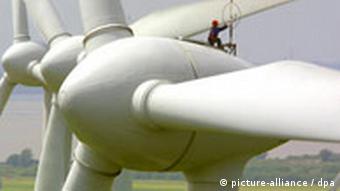 “We have to remember that the new technology has only been tested on land so far,” said Tiedemann. There may be a few surprises in store at sea,” he said.

One thing Germany's fledgling offshore wind energy industry will be keen to avoid is a repeat of "Horns Rev," a wind farm installed by Danish company Vestas off the Danish coast.

In 2004, all 80 wind turbines and their expensive components had to be completely swapped out with new ones because they began rusting -- despite the fact that they were installed just three kilometers off the shore. For wind farms far out at sea, the consequences would be catastrophic.

Despite its frequently cloudy skies and long, dark winters, Germany has long been the leading light when it comes to tapping the sun's power. Despite increasing interest in the sector in the US, it continues to shine. (15.06.2008)

The small town of Bischofswerda in the eastern German state of Saxony it profiting from the current solar industry boom: A Canadian producer is about to open a plant for solar cells. (06.06.2008)