Germany: Carnival party is on despite COVID wave

As COVID-19 infections reach record highs in Germany, Carnival season nevertheless kicks off with parties on November 11. But Cologne's main act is cancelled due to a positive case. 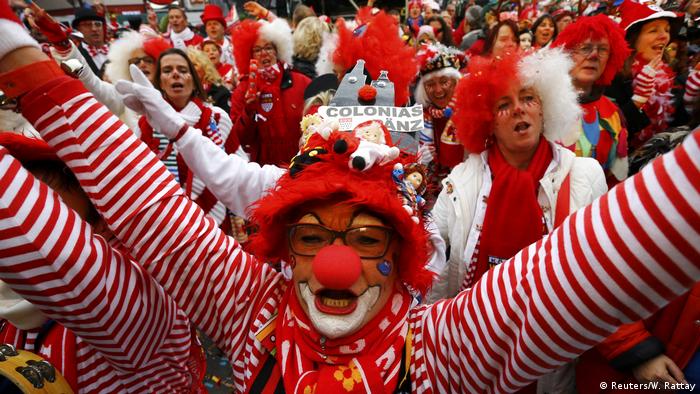 Traditionally, the 11th hour of the 11th day of the 11th month is a magical time in some cities in Germany.

It signals the official start of what some call the "fifth season": Carnival.

Celebrated with gusto in the traditional strongholds of Cologne, Düsseldorf and Mainz among others, Carnival is typically celebrated in the run-up to Ash Wednesday — the Christian holy day set about six weeks before Easter, seen as the last opportunity to celebrate before the 40-day period of fasting known as Lent.

Last year, Carnival celebrations were largely canceled because of the pandemic.

This year — despite skyrocketing infection rates as Germany navigates its fourth wave — the cities of Cologne and Düsseldorf are going ahead with their celebrations. 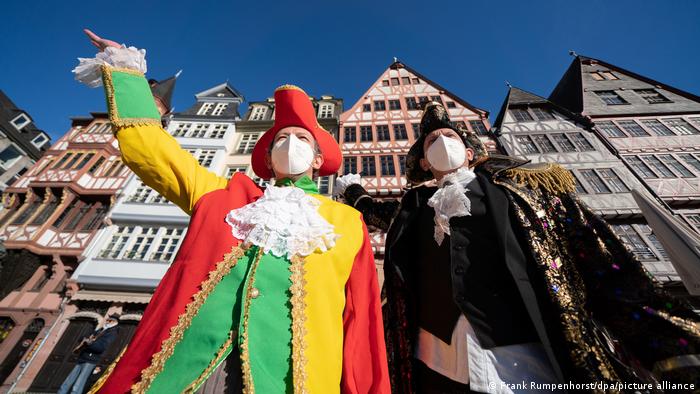 Celebrating safely: a picture of revelers at Cologne's Old Town in 2020

A time for tomfoolery

Known alternatively as Karneval, Fasching or Fastnacht, depending on the region, this celebration owes its origins and significance to several things.

In numerology, the twin number 11 denotes a new beginning. Double that — 11/11 — and that's twice the luck.

It also has Christian roots with the number 11 signifying sin and excessiveness, as it falls outside the 10 Commandments. Eleven symbolized the will of humankind over that of God's. In other words, people could do whatever they wanted: they had a "fool's liberty."

Hence, 11/11 is celebrated in different ways in the various cities with people often dressing up in costumes and playing the fool, so to speak.

In Düsseldorf, for example, the prankster "Hoppeditz" is brought to life.

In Cologne, three people — forming the Dreigestirn or triumvirate — are granted the titles of Jungfrau, Prinz, and Bauer (or maiden, prince and peasant respectively), who fork out large sums of money for the privileges. Traditionally, the "maiden" is portrayed by a man dressed as a woman, while the carnival prince, who is called "Seine Tollität" (His Madness), is the VIP of the festivities, leading all main parades throughout the week preceding Ash Wednesday.

This year's designated prince for the Cologne carnival, Sven Oleff, has now tested positive for COVID on Wednesday evening, hours before the 11/11 merriment was set to start. Oleff is fully vaccinated, according to the festival committee. He is showing no symptoms and feels well. Farmer Gereon Glasemacher's and Maiden Björn Braun's PCR tests have turned out negative.

The Cologne Carnival Festival Committee has therefore announced that all planned sessions featuring the triumvirate on Thursday have now been canceled, citing safety reasons since the three had met several times together over the past few weeks.

Carnival celebrations typically take place in large squares, usually in front of the cities' town halls. Entertainment is provided by local music groups, and parties in some pubs last until the wee hours. 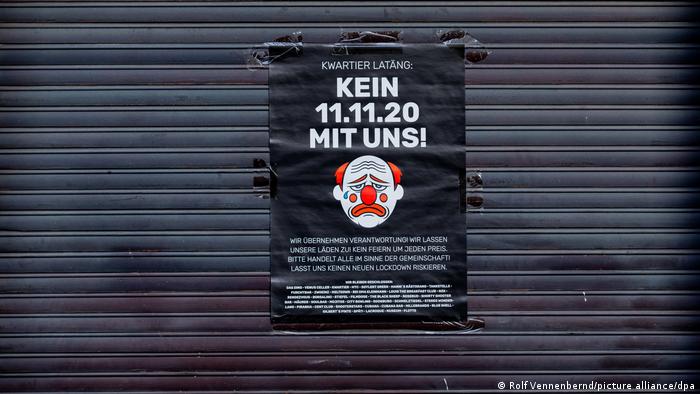 No party in 2020: Cologne revelers hope they won't be seeing this type of poster again this year

Following the relative quiet of last year, people are longing for a semblance of normality after a year and a half of living with COVID.

The "carnival industry" too needs a shot in the arm. After all, it has been particularly hit because of the COVID crisis. Clubs, artists, agencies, event technicians, DJs, breweries, pubs, hotels, and cab drivers all have a share of the "Carnival pie," which was estimated in 2018 to have generated up to €600 million (€693 million) from November 11 to Ash Wednesday in Cologne alone. 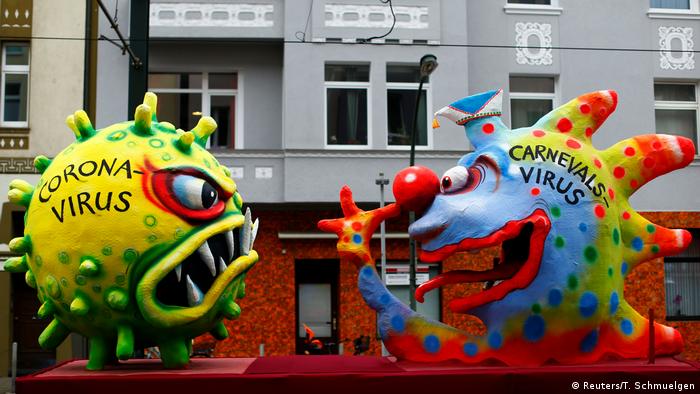 A float in Düsseldorf in 2020, depicting the 'Carnival-virus' defying the coronavirus

In view of the alarming numbers, however, some restaurant and pub owners decided last week not to open their venues on November 11. Others still want to offer their guests Carnival parties and have promised to observe strict safety measures.

The 3G rule — referring to people who are either vaccinated, recovered or tested — which was originally considered sufficiently safe, ultimately proved too risky for the city of Cologne. Therefore, last Monday, it arranged with the government of the state of North Rhine-Westphalia for the 2G rule to apply throughout Cologne for the celebration day. Anyone who has not been vaccinated or has not recovered must stay at home.

Who will ensure compliance?

The city expects that, despite the 2G rule, many unvaccinated revelers will want to join in the celebrations. Barriers have long been erected around the traditional party areas to ensure safety but many staff will still be required to ensure strict control.

For many, that's not enough; for them ideally, the entire city should be quarantined for two weeks.

Many are also wondering how compliance with the rules will be ensured in view of the expected crowds, and have taken to Twitter to criticize the move to host the celebrations in the first place.

At the Heumarkt in Cologne's Old Town, more than 15,000 people usually celebrate the start of the festivities together, with the hottest Carnival bands performing their latest hits on a large stage.

The organizer of this year's event — which Cologne's mayor Henriette Reker will also attend — is the Cologne Willi Ostermann Society. 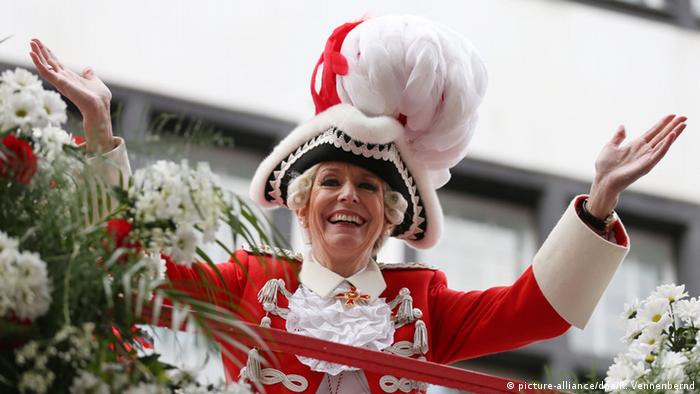 Cologne's Mayor, Henriette Reker, in 2016. She is also a Carnival fan; they're known as 'Jecke' (meaning 'crazy people' in the local dialect) in the region

To minimize any risk, they decided on the 2G rule from the outset, and the crowd will also be reduced by about a third. "We would never do it at any price," says the society's president, Ralf Schlegelmilch. "We believe our concept will work."

Mayor Henriette Reker has once again appealed to all those who are willing to be vaccinated to do so, while expressing understanding for the "Jecken," or revelers, of Cologne.

"In the end, everyone has to decide for themselves how they want to celebrate 11/11," Reker said.

Update: This article was updated on November 11 to include the news that Cologne's Prince has tested positive for COVID.

The German city of Cologne’s Carnival celebrations raged on as normal late last month, barring a few restrictions. Now the city at the heart of the holiday is facing COVID-19 consequences.