Germans use up car-scrap bonus after just two months | Germany | News and in-depth reporting from Berlin and beyond | DW | 01.04.2009

Germans use up car-scrap bonus after just two months

The 1.5 billion euros that Germany set aside for a car-wreckage incentive have been used up, in just two months. Berlin has said it will extend the program, which is aimed at sparking new-car sales. 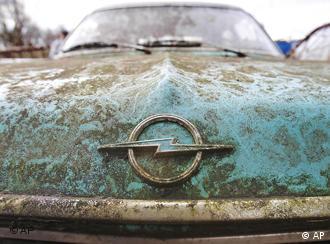 The funds were sucked dry more quickly than expected

The 1.5 billion euro ($1.98 billion) plan to pay off consumers who scrap cars older than nine years and buy a new model was part of a larger German economic stimulus package.

The response was unexpectedly positive, especially after an online reservation system was put into effect on Monday.

The 2,500 euro per car scrapping bonus was initially supposed to be limited to 600,000 applicants, but by late Wednesday nearly 900,000 requests had come in, according to official data.

Conservative German Chancellor Angela Merkel and her Social Democrat coalition partner Frank-Walter Steinmeier have agreed to extend the program until the end of the year, but financing details have not yet been finalized.

Demand was so high late Wednesday that the German government warned against consumer panic: "There is no basis for panic, haste or a run of applications," government spokesman Thomas Steg said.

The wrecking premium has turned out to be "a huge hit," he said.

The Germany-based Lidl supermarket chain is known throughout Europe and elsewhere for its cut-rate groceries, household items and other goods. But this week, they broadened their focus to the realm of the automobile. (15.03.2009)

Government bonuses for people to scrap old cars and buy new ones led to a 21.5 percent boost compared to the previous year. But this bright figure can't conceal that the general outlook for the industry is gloomy. (03.03.2009)