The US won't have official presidential nominees until July, yet some Germans already know who they want to win. Or rather, who they definitely don't want to win. Kathleen Schuster reports from Cologne. 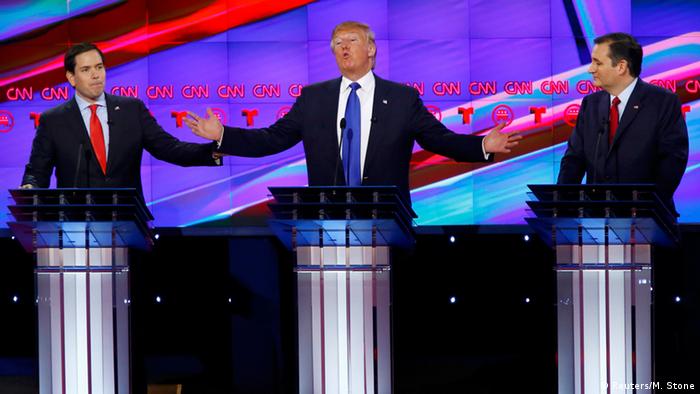 Say the words "US election" in Germany right now and odds are you'll witness some variation of an exasperated sigh, eye rolling, followed by "Just not Trump!"

The rise of the billionaire-turned-political rock star has polarized the Republican Party in the US, which is watching with agitation as Donald Trump gains momentum in the state primaries. Each win brings him closer to the 1,237 delegates required for the Republican nomination, a possibility some in the party hope can be eliminated by the other candidates splitting the vote, so that no one candidate surpasses 50 percent. That scenario would allow the Republican Party to vote for its own nominee and, maybe, kick out Trump.

Anything could happen over the next four months leading up to the official nomination, yet the idea of a Trump presidency has some Germans worried about future diplomatic relations with the US.

"He's a laughing stock. A lot of people on his side like what he says and what he stands for; whatever it is that crosses his mind is what's going through Americans' heads," said Christian, who declined to give his last name. "I'm always asking myself: What the heck?"

Taking to the streets of Cologne, the goal was to ask people their opinion of the US presidential race. Do they discuss it with their friends and family? Who would they like to see win? Why is this election relevant for Germany? What kind of America do they hope to see in the future?

Reticent as some were to talk about US politics, the scope of their answers rarely extended beyond Trump, whom they often mentioned before the first question had even been asked. 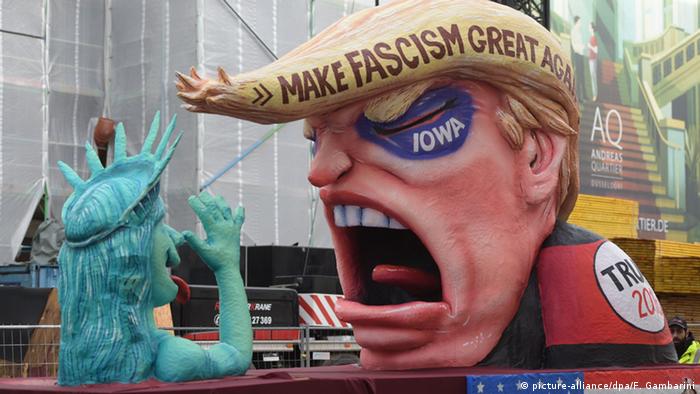 Düsseldorf drew inspiration from Trump this year, keeping with the carneval tradition of lampooning politicians

"We rarely discuss it unless it's on TV. Or of course, when Mr. Trump is on TV!" Katrin Strähler laughed.

"I wouldn't say that I don't think highly of him. I just find it questionable that someone can participate in something just because of the fact that he has a pile of money," she said, adding that she preferred Bernie Sanders because he made "the most serious impression."

Too much at stake with Trump?

Benjamin Kinkel told DW that while he doesn't have a favorite candidate, he already feels strongly that Trump should "absolutely not" become president. He lacks a "sense of responsibility" and "other qualities that you bring to that office."

Pointing to the controversial Transatlantic Trade and Investment Partnership (TTIP), which is projected to bring 119 billion euros ($130 billion) into the EU, Kinkel said: "Whatever position the American president takes on that matter will be decisive and it will be significant for Germany and consumer rights."

"We hope it's not Mr. Trump because we think he's certifiably insane," Eva Hehemann, a Clinton supporter, told DW. 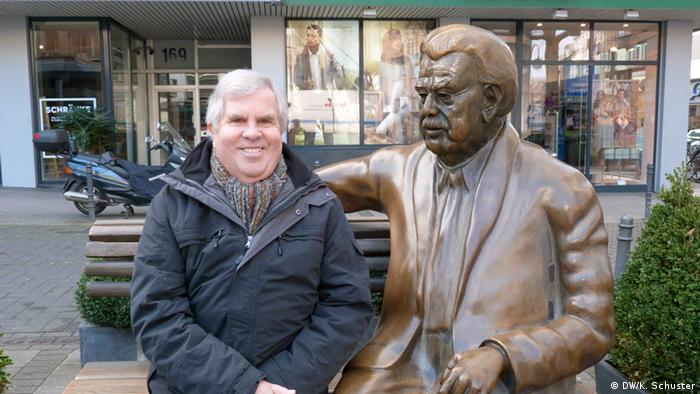 "A more pleasant result would be Ms. Clinton, of course. It's clear, you know? Because everything else would be too radical," says Heinz Forschbach

Hehemann worries about the effect his "sensationalistic" behavior would have on relations with Russia: "The less peacefully those go, the worse it is for Europe."

One woman, who asked to remain anonymous, said she'd also prefer Clinton or Sanders, but rejected a Trump nomination.

Europe not a fan of political outsiders

Hearing anti-Trump sentiment is not a surprise in Cologne, which is known for its liberal politics. But, Thomas König, political science professor at the University of Mannheim, doubts that the sentiment would be any different elsewhere in Germany.

"When you see what's reported about Donald Trump here, it's more or less his provocative attitude and perhaps his bothersome manner," König told DW.

The huge fuss the US media makes "creates great interest in the German media," which tends to keep a close eye on developments, given that Germany is the US's fifth-largest trading partner and close NATO ally. 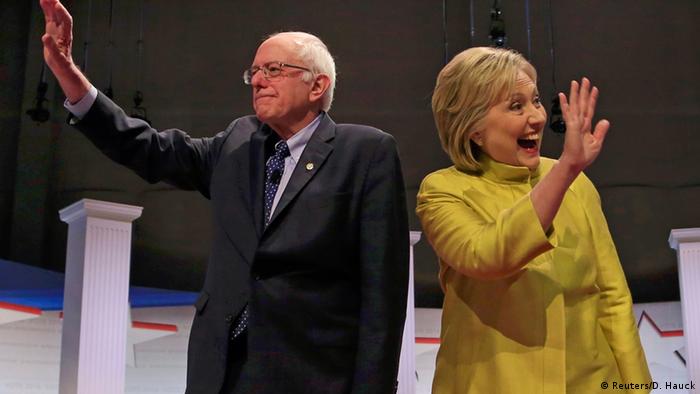 Just like Reagan, Trump is a political outsider lacking the craft "that we in Europe have to master" in order to rise through the political system.

But, smirking aside, he says Europeans worry about the "considerable risks" of voting for a candidate that did not come up through the ranks in the usual way, and may not have the necessary political know-how to be an effective American president.

Is there anything left that can stop Donald Trump’s rise to the Republican presidential nomination? Many Americans fear that the right-wing billionaire could even win the White House, DW's Ines Pohl writes. (24.02.2016)

Eight years after vowing to close Guantanamo, US President Barack Obama has launched a final push to shut the facility. But critics say the plan would transfer indefinite detention to US soil. Spencer Kimball reports. (23.02.2016)

DW asks: #WhatAmerica do you want

During the presidential campaign, DW is asking its audience what kind of America they want for the future. It's a question of global importance, because what happens in the US has an impact far beyond its borders. (17.02.2016)