Thousands of Germans, particularly in Dusseldorf near Cologne, have joined Facebook groups claiming to promote vigilante city patrols in light of the Cologne assaults. The police have expressed their dismay at the idea. 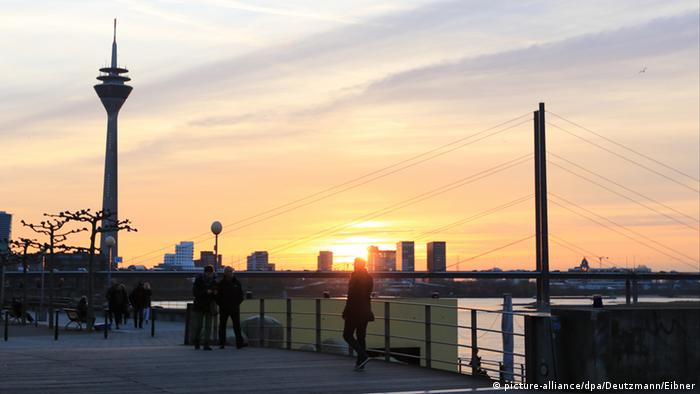 As an extraordinary state parliament meeting was under way to get to the bottom of how and why a huge crowd of men were able to molest hundreds of women in the western city of Cologne on New Year's Eve, some groups of Germans were using social media to promote their own brand of vigilante protection.

In Dusseldorf, the capital of the state of North-Rhine Westphalia, while the parliament was trading blame between the police and Interior Minister Ralf Jäger, citizens took to Facebook to promote self-organized patrols in "cooperation" with the police.

The Facebook group "One for all, all for one, Dusseldorf takes care of itself" claims to be in contact with the police, and says it is "independent of political direction and religion. Any kind of racism and radicalism will not be tolerated. The point here is to show a peaceful sign that people can peacefully resolve crisis situations together."

Photos on the group wall show smiling men and women enjoying themselves in Dusseldorf, and links to another group, a private one, that has some 13,000 members.

Similar Facebook initiatives have popped up for the southwestern city of Stuttgart, and Cologne itself - though that group says it does not promote vigilantism or patrols, but wants only to encourage citizens to be more careful.

Yet despite their claims of peaceful intent, North Rhine-Westphalia's anti-fascist collective has used the same social media platform to accuse the group of having a far-right, anti-immigrant agenda, and of ties to fascist soccer hooligans and Dügida - Dusseldorf's iteration of the anti-Islamization PEGIDA movement.

It is possible that far-right extremists have simply taken advantage of a peaceful call to exercise caution to gather and promote their agenda, but according to German daily "Frankfurter Allegemeine Zeitung" Dusseldorf police are less than enthusiastic about their self-appointed "helpers."

"The monopoly of power clearly lies with the state," in this case, a police spokesman told the newspaper, making it clear that anyone who partakes in vigilante activities is breaking the law and that such behavior will not be tolerated.