Germany's national gun register came into effect on January 1. Now we know that there are 5.5 million legally-owned weapons in Germany. But we know little about their "life-cycle." That could soon change. 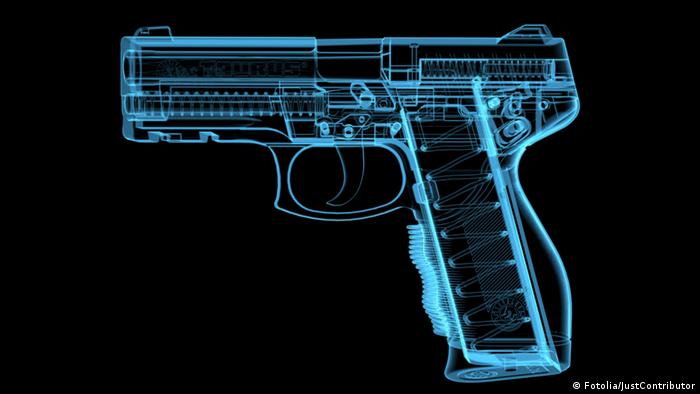 The estimates were always very vague. Up until now, it was assumed that between five and ten million firearms were legally in circulation in Germany. But no one knew the exact figures. That all changed at the start of the year. In the last few months the 550 local weapons authorities passed all their data to the country's new national weapons register, which officially went into operation on January 1, 2013. Since then, we know that there are 5.5 million guns legally owned by 1.5 million Germans.

The Federal Administration Office, based in Cologne, runs the new register. It stores data including the name, address, gender, and date of birth of the gun owner, as well as his or her warrants, and an exact description and serial number of the guns. That means that the authorities can find out in a matter of seconds who owns what weapon - a previously daunting task that could, in some cases, involve writing to all 550 local authorities individually. The new register will make the work of security forces much easier. But it is not yet complete - a next extension phase is planned for the spring. Then the "life" of the gun could take on a central role. 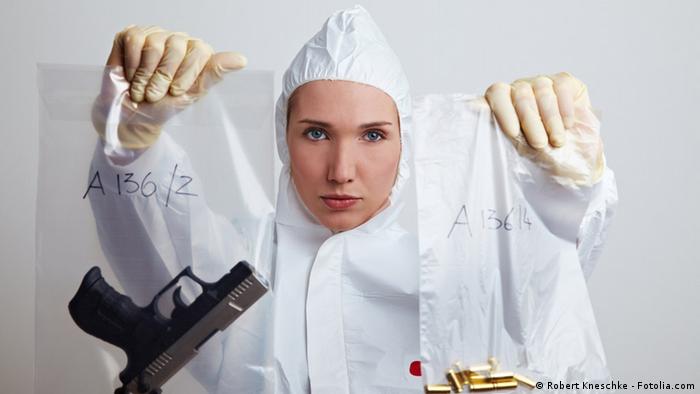 The register will allow police to trace gun owners in seconds

Up until now, a weapon would be registered whenever someone bought one legally. "But a gun also has a previous life after its manufacture," said Joachim Sturm, director of the Interior Ministry's weapons department and the project head of the national register.

He is planning to extend the new platform. "If a company makes a weapon, then it should prepare key data on it and make that available to the register, so that we can record the life-cycle of the gun all the way from manufacture to destruction," he told DW.

That would free the authorities from still more time-consuming data collection work. But that doesn't mean officials wouldn't have anything to do - Sturm said they would have more valuable time to carry out their oversight duties. 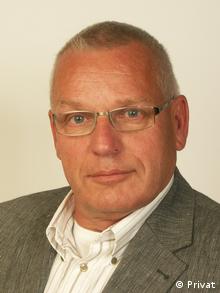 Investigations into school shooting sprees, for instance, often show that the perpetrator is not the legal owner of the gun, but has stolen it out of his parents' closet or nightstand. That not all owners lock their guns away properly - as is legally required - is a ubiquitous problem. "You can't just keep a gun in some closet at home," said Klaus Gotzen, head of the German association of sports gun and ammunition manufacturers (JSM). "The weapons laws set out very detailed storage regulations, and they have to be followed, of course." More spot checks could help make sure these rules are followed more often.

If Germany's regional interior ministers give the "extension phases" the green light, then the country could soon have so-called "see-through weapons" - guns whose entire life cycle, with all changes of ownership, noted in the register at all times. If, for instance, a murder weapon is only found years after the crime, then it would be possible to establish who was the owner at the time. "That is the aim of this next stage - to trace the entire life-story of the gun," said Sturm. 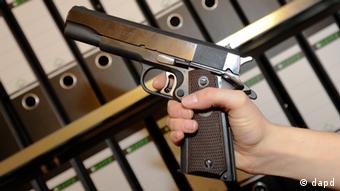 The register is due to be extended in the spring

The national register already offers many advantages even before the planned extension. For instance, if police find a gun during a routine traffic inspection, they can find out in no time whether whoever is in possession of it is the legal owner. Another example: if officers are called to a domestic dispute at a private residence, they can establish in advance whether a gun owner lives at the address. It is also now possible to find out who a weapon belongs to even if the serial number has been partially removed, because fragments of the number can now also be searched for - something that was not previously possible.

But of course, the register remains ineffective when it comes to unregistered, illegally-owned guns. And it remains unclear how many of those exist in Germany. It could be very many. "There are police union estimates of between 20 and 40 million guns hidden illegally in Germany," said Gotzen.

Sturm thinks that is exaggerated. "If we knew how many illegal guns there are in Germany, we'd be in a good position," he said. "But no one knows that number." The two experts agree only that there are too many. But the national register has at least brought one small advantage, said Sturm: "If a gun is found, then we can find out in seconds whether it is legal or illegal."

A record increase in the number of background checks for gun sales has been making headlines, but the figures also reveal more interesting developments. (05.01.2013)

Opinion: The NRA sticks to its guns

Following the Newtown massacre that left 27 dead, including 20 children, the NRA, the American gun lobby, has called for schools to be protected by armed security guards. Christina Bergmann comments. (22.12.2012)