German town stops playing nursery rhyme after complaint from vegan | Germany| News and in-depth reporting from Berlin and beyond | DW | 09.02.2017

A town mayor granted relief to a local vegan woman who was offended by the lyrics of a nursery rhyme played multiple times a day. The fact the version of the song contained no vocals was no consolation. 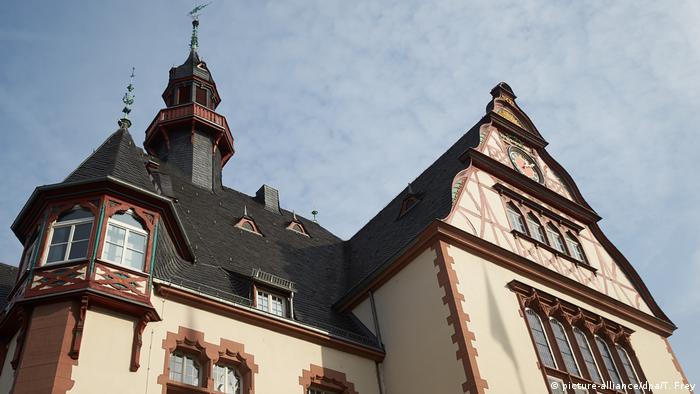 A vegan woman's complaints about a famous nursery rhyme resulted in a German town removing the song from the rotation in the town hall's belfry, local media reported on Wednesday.

The 19th-century children's song "Fox, You've Stolen the Goose" included the offending lines: "Fox, you've stolen the goose. Give it back! Give it back! Or the hunter will get you with his gun." The Limburg version of the song, however, was purely instrumental.

An unnamed vegan woman who worked within earshot of the mechanical carillon complained to the mayor of Limburg. Town spokesman Johannes Laubach said the mayor, who was reportedly friendly with the woman, had temporarily granted her a reprieve.

"It's time to go easy on the goose and exchange the pieces of music," said Marius Hahn, who managed the town hall. "We have 15 pieces in our repertoire, most of them German folk songs."

The "Frankfurter Neue Presse" newspaper reported the woman was distressed by being reminded of the song's lyrics - "the hunter's going to get you with his gun," rather than by the fox's theft of the goose.

"Behind this is not an ideological motive, but it is a temporary grace period for a woman working in the immediate vicinity of the town hall and thus hears the chimes every day - and is annoyed about the song," "Die Welt" newspaper quoted Laubach as saying.

The carillon - a series of bells - played tunes several times a day.

The German branch of animal rights group PETA released a statement saying some nursery rhymes unfairly targeted some animals and that foxes were an important link in the ecosystem.

"We understand the concerns of the resident and ask the mayor to remove the song from the program permanently. Old-fashioned songs like this, or even fairy tales such as "Little Red Riding Hood and the Big Bad Wolf" are, unfortunately, still widespread and send the wrong message to children, especially by throwing a bad light on specific animals," the group said in a statement.