The social media-made musician is kicking off a European tour. DW talked to Rieger about how he deals with fame, why he doesn't drink alcohol and why he sings only in English despite being a native German speaker. 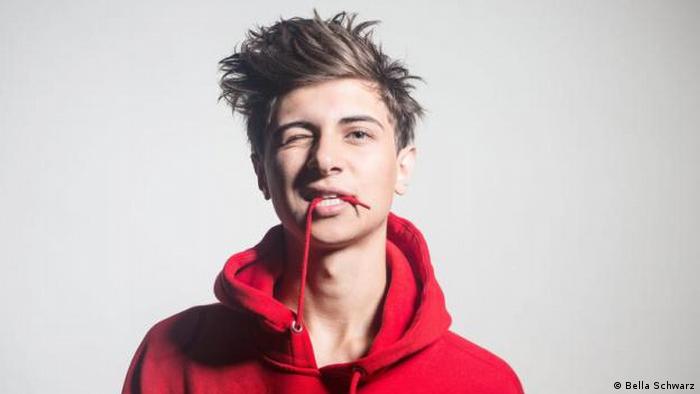 DW: How would you describe the musical code of your latest album "Code"?

Lukas Rieger: My musical code is a mixture of the experiences I had in the US and here in Germany. It's still a kind of pop, but it also contains elements of R&B, of [Canadian singer-songwriter - Eds.] The Weeknd, but there are also some songs with happy vibes. One of them, for example, is called "Never Be This Young," that's a rather happy one. But there are also others that are deeper. It's a mixture of happy and deep pop.

How has your music changed since your first album, "Compass"?

I think my music has become a lot more adult. I now have a better idea of what I want to get across. I worked on my first album for myself, of course, but the Americans had a big influence on me ["Compass" was produced by an American team - Eds.] When I worked with the Americans, I took part in the production process, but at the same time, I also felt that I was kept out a little bit. When I worked on "Code," however, I was involved 100 percent. We had a big team, but there were two main producers whom I was always able to talk to, so we had a good vibe. Everything worked really well.

What are the main themes that motivate you?

First of all, it's the media, the illusory world of news, and also the headlines about me. But there is another side, of course. There are naturally also songs about girls. But I wanted to share more of myself, me as an artist.

How do you deal with being famous at such a young age?

I think that no one really knows how to deal with being famous at first, no matter how old they are. However, my family manages to bring me down to earth. They go to work and lead a normal life. When I return from Berlin, they bring me back to normal life.

There are plenty of examples of young stars who weren't able to deal with fame, among them Michael Jackson, Britney Spears and Macaulay Culkin who starred in "Home Alone." Are you worried that you might crash and burn like they did?

I'm not afraid of that. I'm surrounded by a big team that takes good care of me. I don't drink alcohol, I don't take drugs. I've never drunk alcohol. And I have no interest in getting involved with such substances. I've seen what all that did to many stars. Looking at their pictures makes me lose any interest in even just trying out drugs.

Read more: Keeping teens off the streets with music

Why do take a linguistic detour and sing in English instead of in German?

It's not a detour for me! I think that English is more direct than German. Although German is my native language, I don't feel the same way about German as I feel about English. I always had a special relationship with the English language. My mother teaches English and music, and I spoke English in Los Angeles. I always wanted to sing in English, and not in German. That's what I always wanted to do. It's not a detour.

You're now embarking on a European tour. Are you aiming for an international career?

Either way, I want to become internationally successful with my music. Along with Germany and Switzerland, my tour will take me to Paris and Poland. Paris and Warsaw are two important stops for me that will help me become successful across all of Europe.

What can we expect from your tour, and how do you prepare for it?

Right now, I'm in Berlin every single day so I can prepare my singing and dancing. I have a new dance troop at my side. I am practicing the choreography every day. The tour is going to be really cool. We have new scenery, and we will perform with an even bigger crew during the tour.

You're still very young, but already very successful. What other goals do you have?

My biggest goal is to play in Madison Square Garden in New York City one day. I don't care how long it takes, I will continue working until I have achieved that.

Some critics point to your young age, saying you lack real life experience, so what could you possibly sing about? How do you respond to this type of criticism?

I believe that there are always topics someone can sing about. Even when you are 10 years old, you've already experienced things. The same holds true for age 18 or 30. It's simply wrong to say that somebody hasn't had any life experiences. Certainly older people have had more, but that's logical. 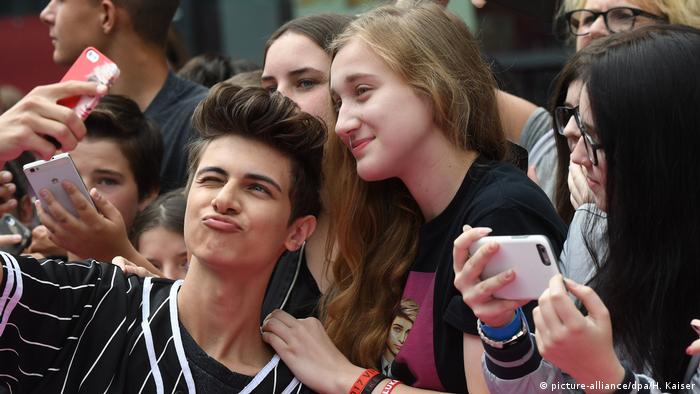 Some of your fans are now growing older along with you. Tastes may change: we saw this with Tokio Hotel [a German rock band formed in 2001 - Eds.], which lost a lot of fans. Aren't you concerned that this could also happen to you?

It's a fast-paced life. It's always a mixed story. There are some fans who stay. It's no big deal for me when somebody says that this year, he doesn't like me that much. Whoever wants to stay with me, will stay with me. I just want to do my thing.

What role has social media played in your career?

Without social media, I wouldn't be where I'm now. I believe that social media fans were the greatest gift I got. I would make music no matter what, but being liked by people is the best thing that could happen to a musician.

German popstar Lukas Rieger, 18, participated in the music talent show "The Voice Kids" in 2014. Although he didn't make it to the finals, his fan community across social networks continued to grow. German media has dubbed him "the German Justin Bieber." His European tour starts February 27 in Hannover, Germany, and runs through March 16th with stops in Poland, France and Austria.

A successful professional pop musician with a convincing rendition of a very intimate song: the northern German was the clear favorite at the country's national finals for the Eurovision Song Contest. (23.02.2018)

To some, it's the quintessence of Europe's various musical cultures. To others, it's a colossal celebration of bad taste. In its 56th year, the ESC shows once again why it invites heated debate. (06.05.2011)